Apocalypse Now turns 40: rediscovering the genesis of a film classic 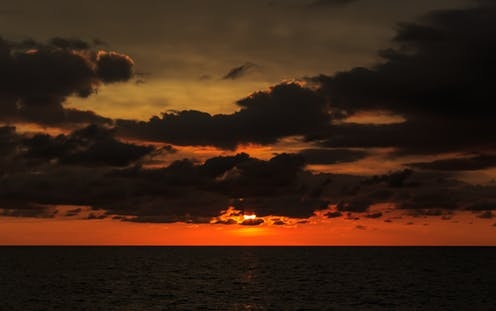 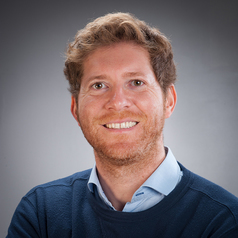 The ocean rushes below as suddenly the LOUDSPEAKERS BLARE out Wagner’s Ride of the Valkyries.

So reads the screenplay for the 1979 war movie Apocalypse Now. It describes the sequence in which a squadron of American helicopters blasts Wagner while attacking a Viet Cong village during the Vietnam War.

The scene would become one of the most iconic in cinema history – acknowledged, celebrated and parodied in countless subsequent films.

This scene from Apocalypse Now has been referenced in many movies since.

Apocalypse Now’s contribution to cinema history is not limited to the helicopter attack sequence. In 2004, this memorable monologue uttered by Robert Duvall as Lt. Colonel Kilgore was voted the best-ever film speech by a survey of 6,500 movie buffs.

You smell that? Do you smell that? Napalm, son. Nothing else in the world smells like that. I love the smell of napalm in the morning.

The epic scale of the production, shot on location in the Philippines jungle, and Coppola’s operatic direction that brought together spectacular cinematography, a hypnotic soundtrack and brooding performances, make Apocalypse Now a major cinematic landmark.

On its initial release 40 years ago, the film received mixed reviews. It was honoured with the Palme D’Or at Cannes but failed to win the Best Picture Academy Award. With time, it gradually acquired the status of a classic film. This was further reinforced in 2001 with the release, to much acclaim, of the extended version, Apocalypse Now Redux.

This year marks another major turning point in the film’s history with Coppola’s release of Apocalypse Now: Final Cut. The film, which premiered at the 2019 Tribeca Film Festival in New York, has been described as “a new, never-before-seen restored version of the film … remastered from the original negative in 4K Ultra HD”.

Apocalypse Now is usually considered to be Coppola’s magnum opus, alongside The Godfather Part I and II. As producer, director and co-writer, he is regarded as the auteur of the film. In Hearts of Darkness: A Filmmaker’s Apocalypse (1991), his wife Eleanor Coppola’s documentary about the making of it, discussion of Apocalypse Now has tended to glorify Coppola as a genius filmmaker able to overcome all sorts of obstacles to bring his masterpiece to light. 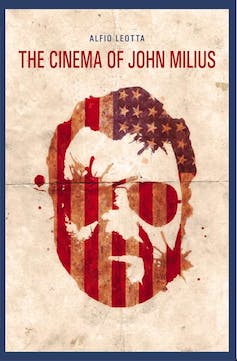 The cover of The Cinema of John Milius, written by the author. Alfio Leotta, CC BY-ND

Most contemporary viewers might not be aware of the major contribution another, less known figure made to the film. John Milius, credited as co-writer of the film, was responsible for creating some of its most iconic moments, including the helicopter attack sequence. He also wrote some of the film’s most memorable lines, including “I love the smell of napalm” and “Charlie don’t surf”, and even the title itself.

Although most contemporary film viewers have forgotten him, in the early 1970s Milius was a central figure of the so called “New Hollywood”, a moment in American cinema history characterised by an anti-establishment, innovative approach to filmmaking. During this period, Milius achieved international fame as creator of cinematic icons such as Dirty Harry (1971) and Jeremiah Johnson (1973).

It was Milius who had the idea, during his studies at the University of Southern California Film School in the 1960s, of making a film loosely based on Joseph Conrad’s 1899 novella Heart of Darkness. Milius thought the Vietnam War, which was raging at the time, would provide the perfect setting for an adaptation of Conrad’s story. Before him, a number of filmmakers, including Orson Welles, had tried and failed to adapt Heart of Darkness. Milius was intrigued by the possibility of making history by being the first to succeed.

Milius came up with the title of the film before actually writing the screenplay. He said the title Apocalypse Now emerged out of his own contrarian spirit and rejection of the hippy culture that was increasingly gaining terrain in late 1960s California. In Milius’s words:

I had the title, Apocalypse Now, because the hippies at the time had these buttons that said Nirvana Now. I loved the idea of a guy having a button with a mushroom cloud on it that said Apocalypse Now. You know, let’s bring it on, full nuke.

Milius wrote extensive notes and recorded stories of returning Vietnam veterans, but did not write the screenplay until contracted to do so in 1969. During this period, he discussed the project at length with fellow USC student George Lucas, who was interested both in the Vietnam War and in directing the film. In 1969, Coppola, who had studied film at the University of California Los Angeles and was a close friend of both Milius and Lucas, established independent production company American Zoetrope, which would fund a number of innovative projects, including Apocalypse Now.

According to the original arrangement, Lucas would direct the film while Milius would write the screenplay. The story was conceived as a journey into the horrors of the Vietnam War and was influenced by Milius’s passion for the classics of world literature, particularly Homer’s Odyssey and Dante’s Inferno.

While writing the screenplay, Milius imagined a soundtrack that would include Wagner and The Doors. Milius’s idea to use Wagner for the helicopter attack was inspired by real events, as American troops sometimes played rock and roll music from loud speakers during the Vietnam War as a way of intimidating the enemy. The Doors, who had written several songs about the madness of the war, provided another major source of inspiration.

In Milius’s original screenplay, rogue American Colonel Kurtz (played in the film by Marlon Brando) is a big fan of Jim Morrison and his band. In one of the sequences of the original script, Kurtz orders his soldiers to blast Light My Fire by The Doors on big speakers as their compound is attacked by the North Vietnamese army. Eventually, Coppola never shot the scene featuring Light My Fire, but used extracts of another Doors hit, The End, in both the opening and closing sequences of the film.

Originally, Milius and Lucas envisioned Apocalypse Now as a pseudo-documentary shot on location in 16mm and black and white. They were interested in emulating the realist aesthetic of films such as Gillo Pontecorvo’s The Battle of Algiers (1966) and The Anderson Platoon (1967), a documentary about the Vietnam War directed by one of Milius’s favourite filmmakers, Pierre Schoendoerffer. Milius and Lucas intended to bring cast and crew to Vietnam where they would intersperse a mix of scripted and improvised scenes of performers interacting with real soldiers and events.

But eventually, Lucas abandoned the project to direct Star Wars (1977) and was replaced by Coppola, who radically changed the original approach to Apocalypse Now. He envisioned a large-budget spectacular production.

After Coppola completed revisions of the screenplay in 1975, Milius spoke out about the two filmmakers’ conflicting creative visions. Milius was particularly critical about Coppola’s attempt to transform Apocalypse Now into an anti-war film and accused the San Francisco-based director of rejecting the creative input of his collaborators. In a 1976 interview Milius claimed:

Francis Coppola has this compelling desire to save humanity when the man is a raving fascist, the Bay Area Mussolini.

But a comparison between the 1969 and 1975 versions of the screenplay dispels the myth promoted by Milius that Coppola completely rewrote it. More importantly, the final film version was far from what Milius contemptuously defined as “an anti-war movie”. Many scenes and lines created by Milius remained virtually untouched and Coppola retained Milius’ key themes, in particular the conception of war as simultaneously exciting and horrific, the ultimate expression of man’s “inherent bestiality”.

Later in his career, Milius changed his opinion of the film, expressing appreciation of Coppola’s revisions and describing the director as “a genius on a par with Orson Welles”.

For their work on Apocalypse Now, Milius and Coppola received a nomination for best screenplay at the 1979 Academy Awards. In the 1980s, Milius went on to direct films such as Conan the Barbarian (1982) and Red Dawn (1984), but a combination of commercial flops and health problems would lead to the gradual decline of his career in the 1990s and 2000s.

Milius is now considered a minor figure in film history. For creating many of the ideas behind Apocalypse Now, however, he should be remembered as a major contributor to one of the most influential stories ever told on the big screen.