All our food is 'genetically modified' in some way. Where do you draw the line? 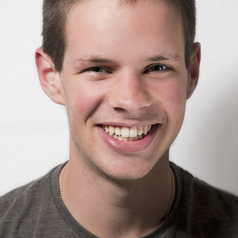 In the past week you’ve probably eaten crops that wouldn’t exist in nature, or that have evolved extra genes to reach freakish sizes. You’ve probably eaten “cloned” food and you may have even eaten plants whose ancestors were once deliberately blasted with radiation. And you could have bought all this without leaving the “organic” section of your local supermarket.

Anti-GM dogma is obscuring the real debate over what level of genetic manipulation society deems acceptable. Genetically-modified food is often regarded as something you’re either for or against, with no real middle ground.

Yet it is misleading to consider GM technology a binary decision, and blanket bans like those in many European countries are only likely to further stifle debate. After all, very little of our food is truly “natural” and even the most basic crops are the result of some form of human manipulation.

Between organic foods and tobacco engineered to glow in the dark lie a broad spectrum of “modifications” worthy of consideration. All of these different technologies are sometimes lumped together under “GM”. But where would you draw the line?

Think of carrots, corn or watermelons – all foods you might eat without much consideration. Yet when compared to their wild ancestors, even the “organic” varieties are almost unrecognisable.

Domestication generally involves selecting for beneficial traits, such as high yield. Over time, many generations of selection can substantially alter a plant’s genetic makeup. Man-made selection is capable of generating forms that are extremely unlikely to occur in nature.

Unknowing selection by our ancestors also involved a genetic process we only discovered relatively recently. Whereas humans have half a set of chromosomes (structures that package and organise your genetic information) from each parent, some organisms can have two or more complete duplicate sets of chromosomes. This “polyploidy” is widespread in plants and often results in exaggerated traits such as fruit size, thought to be the result of multiple gene copies.

Without realising, many crops have been unintentionally bred to a higher level of ploidy (entirely naturally) as things like large fruit or vigorous growth are often desirable. Ginger and apples are triploid for example, while potatoes and cabbage are tetraploid. Some strawberry varieties are even octoploid, meaning they have eight sets of chromosomes compared to just two in humans.

It’s a word that tends to conjure up some discomfort – no one really wants to eat “cloned” food. Yet asexual reproduction is the core strategy for many plants in nature, and farmers have utilised it for centuries to perfect their crops.

Once a plant with desirable characteristics is found – a particularly tasty and durable banana, for instance – cloning allows us to grow identical replicates. This could be entirely natural with a cutting or runner, or artificially-induced with plant hormones. Domestic bananas have long since lost the seeds that allowed their wild ancestors to reproduce – if you eat a banana today, you’re eating a clone. Each banana plant is a genetic clone of a previous generation. Ian Ransley, CC BY

Selection – both human and natural – operates on genetic variation within a species. If a trait or characteristic never occurs, then it cannot be selected for. In order to generate greater variation for conventional breeding, scientists in the 1920s began to expose seeds to chemicals or radiation.

Unlike more modern GM technologies, this “mutational breeding” is largely untargeted and generates mutations at random. Most will be useless, but some will be desirable. More than 1,800 cultivars of crop and ornamental plants including varieties of wheat, rice, cotton and peanuts have been developed and released in more than 50 countries. Mutational breeding is credited for spurring the “green revolution” in the 20th century.

Many common foods such as red grapefruits and varieties of pasta wheat are a result of this approach and, surprisingly, these can still be sold as certified “organic”.

GM technology doesn’t have to involve any direct manipulation of plants or species. It can be instead used to screen for traits such as disease susceptibility or to identify which “natural” cross is likely to produce the greatest yield or best outcome.

Genetic technology has allowed researchers to identify in advance which ash trees are likely to be susceptible to ash dieback disease, for instance. Future forests could be grown from these resistant trees. We might call this “genomics-informed” human selection.

This is what most people mean when they refer to genetically modified organisms (GMOs) – genes being artificially inserted into a different plant to improve yield, tolerance to heat or drought, to produce better drugs or even to add a vitamin. Under conventional breeding, such changes might take decades. Added genes provide a shortcut.

Cisgenic simply means the gene inserted (or moved, or duplicated) comes from the same or a very closely related species. Inserting genes from unrelated species (transgenic) is substantially more challenging – this is the only technique in our spectrum of GM technology that can produce an organism that could not occur naturally. Yet the case for it might still be compelling.

Campaigns like these are aimed at cis- and transgenic crops. But what about the other forms of GM food? Alexis Baden-Mayer, CC BY

Since the 1990s several crops have been engineered with a gene from the soil bacteria Bacillus thuringiensis. This bacteria gives “Bt corn” and other engineered crops resistance to certain pests, and acts as an appealing alternative to pesticide use.

This technology remains the most controversial as there are concerns that resistance genes could “escape” and jump to other species, or be unfit for human consumption. While unlikely – many fail safe approaches are designed to prevent this – it is of course possible.

Where do you stand?

All of these methods continue to be used. Even transgenic crops are now widely cultivated around the world, and have been for more than a decade. They are closely scrutinised and rightly so, but the promise of this technology means that it surely deserves improved scientific literacy among the public if it is to reach it’s full potential.

And let’s be clear, with global population set to hit nine billion by 2050 and the increasingly greater strain on the environment, GMOs have the potential to improve health, increase yields and reduce our impact. However uncomfortable they might make us, they deserve a sensible and informed debate.