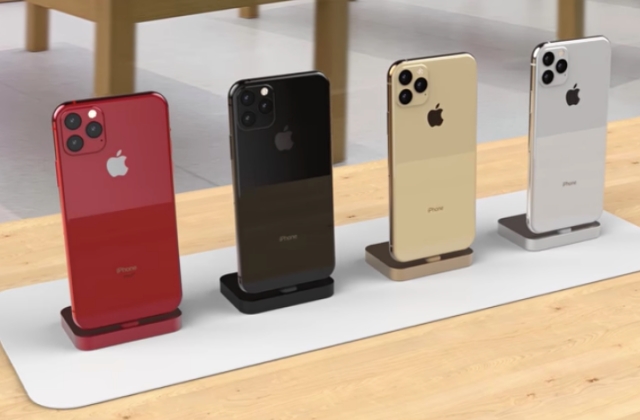 iPhone 11 is set to be launched, but the date is not yet available. Apple is not that vocal about its new phone models, but leaks have already given the people some first look of the gadget.

The leaked image of iPhone 11 revealed a mobile gadget with a square camera with three lenses, although one of the three could be a flash. While many still doubt the authenticity of the images, leakers claimed that they are the real deal. Marquess Brownlee, a known leaker of gadgets, even have a video of iPhone 11’s dummy units.

It was revealed that the iPhone 11 would be replacing some of Apple’s units that include iPhone XS, XS Maxi, and the Phone XR. The models from the iPhone 11 series still have to be named, and temporarily they are said to be called D42, D43, and N104.

Forbes further reported that the iPhone Max would also be replaced. According to the leaker called CoinX, Apple will cancel and phase out this model, and the new iPhone “Pro” will take its place. It is not clear if this is also part of the iPhone 11 family series.

One of iPhone 11’s unique feature lies in its camera. It will have the Smart Frame function that is useful when the user needs to fix some photos. Cropping and arranging the subject so it will appear in the right angle will be an easy task with this camera feature.

Expect to see the OLED Retina screen display in iPhone 11s. But the most expensive one which is the N104 may have the 2x Liquid Retina instead. Apparently, this unit is the most advanced compared to the rest of the upcoming phone models under the iPhone 11 series.

The range of iPhone 11 mobiles will come in one size of 5.8 inches only. As for the price, similar to the older Apple phones, it will be introduced in the market from $749 to $1,000. The predicted release date is anywhere from September to October.