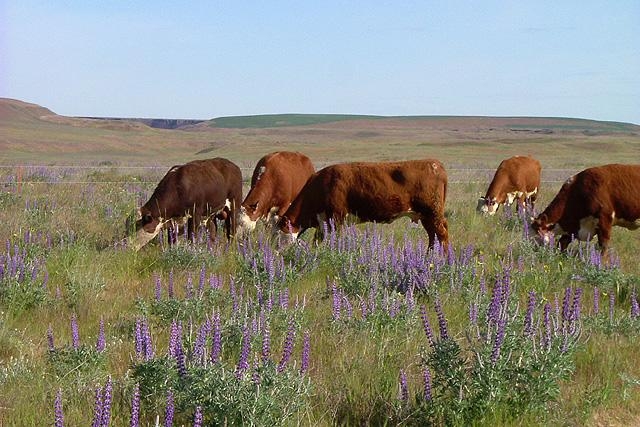 Miraculous. Revolutionary. These are just some of the descriptions that economists call the technology behind blockchain. And it’s indeed quite that, at least to the ranchers of Wyoming or for ranchers who raise free-range livestock in general.

Free-range livestock is a commodity that a lot of people pay good money for because they know that the animals lived their lives outside and had eaten food naturally growing in the open range. The problem is that it’s quite expensive to raise cattle this way. It’s also difficult to prove to consumers that a cow has certainly been reared in such an environment. And it’s a problem that Wyoming Senator Ogden Driskill had for a time as he himself came from a family of ranchers and is raising cattle himself.

Here’s where blockchain comes into the picture. One of the things that blockchain does extremely well is to provide concrete authentication on a certain product. So why not cattle, right? That’s exactly what Senator Driskill thought.

So he partnered with a startup called Beefchain to create a shared, distributed blockchain to establish a credible proof that his cattle are indeed free-range. On May 15, he tagged more than 300 calves with a radio frequency ID with the intention of one day linking it to an immutable supply-chain ledger.

Next in line is Bonita Carlson of Persson Ranch who’s to tag 250 calves and Pumpkin Buttes Ranch after her. The goal is to ultimately create a worldwide link of cattle supply chain, which will provide immutable data that those cattle tagged in the ledger is indeed raised in a free-range farm.

Senator Driskill said that it takes $900 to raise a calf and its market price is at the same ballpark. Although he does make a profit, he calculates that there ’s about $500 to $700 more value to be added to that price.

But to be able to obtain that value, he first needs to establish trust among consumers. Trust that he hopes to earn with the help of blockchain technology.