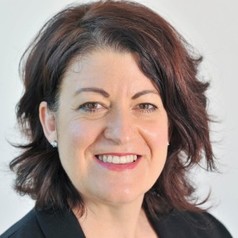 There are good reasons why those experiencing sexual harassment – particularly in the workplace – don’t report it at the time it occurs. To do so is likely to result in ostracism, exclusion, career suicide or a direct threat to a complainant’s ongoing employment.

A 2017 survey of workers in the media and the arts found people were generally reluctant to report harassment for fear of hurting their careers. The VTHC study found 19% of those women who had experienced harassment left a secure job because they didn’t feel safe at work. In other words, they preferred removing themselves from the hazard rather than taking steps to ensure the hazard left the workplace.

Those witnessing harassment do little to stop it. Almost 70% of those who have witnessed or who are aware of harassment did nothing to prevent it or to limit the harm that it caused. This points to a culture in which gendered violence is normalised. It also underscores the broader gender inequality that exists in our workplaces and beyond.

Gender inequality at work mirrors that within society. The sexist attitudes and behaviours that lead to violence outside of work don’t stop at the factory gate or office door.

Our Watch, Australia’s national body for the prevention of violence against women, identifies that gender inequality is at the heart of the unacceptable levels of violence Australian women experience in their homes, intimate relationships and within the broader community.

Our Watch’s research documents the underlying drivers of violence against women: condoning of violence against women; men’s control of decision making and limits to women’s independence; stereotyped constructions of masculinity and femininity; disrespect towards women; and male peer relations that emphasise aggression. These drivers are mirrored in our workplace structures and cultures.

In a recent article written by myself and colleagues Sally Weller and Tom Barnes, we argue that workplace laws designed to protect women are ineffective because they fail to address the gender inequality that women experience. Gender inequality experienced by women includes gender pay inequality, disadvantage and discrimination due to caring responsibilities, and being subjected to gendered violence.

Ultimately, this inequality undermines women’s capacity to raise complaints, robbing them of agency and voice and creating insecurity. Without the capacity to raise complaints and pursue their rights, these rights remain unrealised. Therefore, any strategies designed to end sexual harassment and other forms of gendered violence at work must address the structures and cultures of inequality and sexism that exist.

An important first step is employer recognition and acceptance of the problem. Given the documented high levels of sexual harassment, it would be helpful if employers started by acknowledging that gendered violence is likely to exist in their organisations. This acceptance would promote a proactive approach to addresses the factors that drive violence rather than the current reactive approach that sees them handle complaints when they come forward. Changing workplace laws to ensure that organisations have a duty to eliminate the risk of gendered violence would reinforce this. However, changing structures, behaviours and attitudes that promote inequality is vital also.

The Victorian government, in conjunction with Our Watch, has developed a workplace equality and respect program aimed at ending violence against women. This program focusses on an organisation’s self-audit of its risks and the adoption of gender equality action plans.

Secondly, it creates the capacity to bring collective complaints about sexual harassment and gendered violence before the Fair Work Commission through the establishment of new rights under collective agreements.

Finally, it addresses sexism and increases the capacity of the union movement to be proactive in this space by adopting a comprehensive education program for health and safety representatives, union delegates and union officials.

A national inquiry into sexual harassment at work is underway. It is important this inquiry recognises that there is a need for fundamental change to our laws, structures and cultures at work. Change in one area alone will not be enough.

Our system of laws to address sexual harassment at work rely on the individuals who have experienced the harassment raising a complaint. We know that those experiencing this harassment are unlikely to report it and if they do, little will change.

For real change, we must tackle the underlying drivers of sexual harassment and gendered violence – gender inequality.