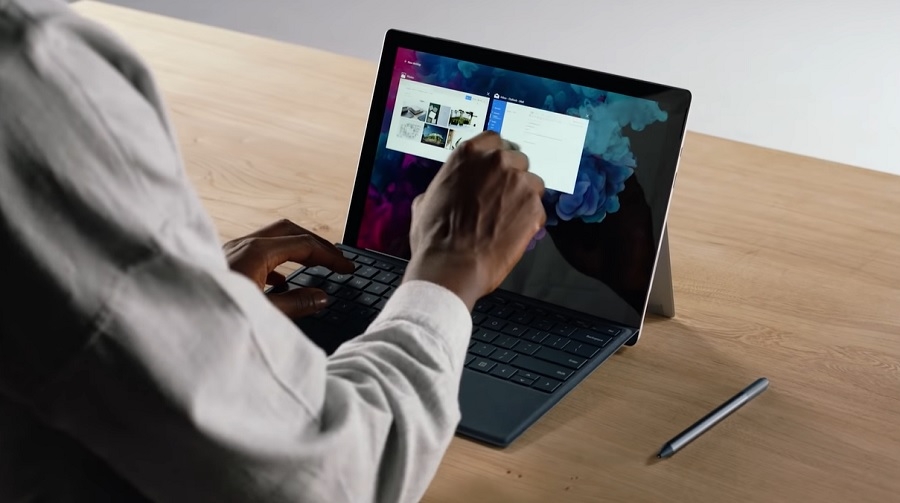 Samsung annually updates its lineup of Galaxy-branded tablets, but the company appears to be entering the 2-in-1 laptop market shortly. To offer a competitive device in this area, Samsung is rumored to get help from Microsoft’s PC operating system, Windows 10

If Samsung officially announces the rumored Galaxy Space, it would be a direct competition to Microsoft’s lineup of 2-in-1 laptops. The South Korean tech company is still mum about the device. However, very telling proof of Galaxy Space’s existence surfaced recently seemingly confirming its use of Windows 10 as well.

Speculations about the Samsung Galaxy Space has been circulating in the rumor mill for a while now. And more tech fans had started talking about the supposed 2-in-1 laptop when it appeared in a Geekbench listing recently.

The benchmark test result was uploaded on Geekbench’s platform last July 17 and indicates that the pieces of information are from a Samsung device with the model name “Galaxy Space.” It was running on a 32-bit version of Windows 10 Home using a Samsung-made motherboard and equipped with 8GB RAM.

Windows 10 is not the only indication that Galaxy Space is not a tablet. Its unnamed CPU has 8 cores and with speed clocked at 2.84 GHz. However, it is important to note that there are no specific indicators to say this is a 2-in-1 laptop. The Geekbench listing does not mention any detail about Galaxy Space’s design or body dimensions. There is a possibility that it is a new line of laptops from Samsung or, as Windows Latest suggested, it could be an upcoming Windows Mixed Reality headset from Samsung.

The latest Windows 10 20H1 build (18936) introduced an array of new features including the option to use login credentials other than passwords for Microsoft accounts. Another interesting feature in the 20H1 is the ability to save an event or reminder on the Calendar app directly through the taskbar.