Economists have misunderstood a key indicator – and it's a big problem

What can the New Urban Agenda and Sustainable Development Goals do for cities? 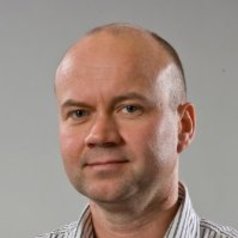 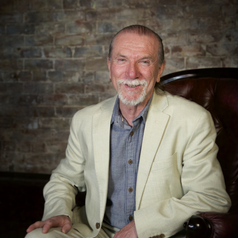 Our cities are increasingly beset by a lack of affordable housing, inequality, lagging infrastructure – the list goes on.

To the rescue, we now have the New Urban Agenda and the Sustainable Development Goals (SDGs). But how can they help?

Responding to the urban century

Australia and 166 other countries agreed the New Urban Agenda at the Habitat III conference in Quito last October. The agenda frames global policy for cities and urban settlements for the next 20 years. Signatories will be measured against its objectives.

This historic agreement did not attract the same attention as the Paris climate agreement, yet it has similarly profound and linked potential. The Paris agreement will determine what action countries take on climate change, shaping policies on energy use and carbon production. The New Urban Agenda will aim for city sustainability, shaping our liveability, homes and neighbourhoods.

The agenda responds to the urban century. It recognises the growth energised by cities but also their spatial, social, cultural and economic inequalities.

Two key concepts of the New Urban Agenda are the “city for all” and the “right to the city”. It also clearly links to Sustainable Development Goal 11, which aims to:

A lack of joined-up thinking

Three key problems beset our approach to cities. In principle, the New Urban Agenda and SDG 11 can help overcome these.

Cities are intricate, entwined collections of people, plans and infrastructures. Throwing isolated and disconnected solutions at complex problems is a recipe for failure, but it’s one that is constantly repeated.

2) Governments not only typically divide their approaches to social and economic policy, they also have split responsibilities between levels of government. Separate ministers and departments deal with the very narrowly defined aspects of their portfolio.

In Australia, the policy separation between states and federal government magnifies the silo issue. Wide cracks between levels of government allow critical planning and policy decisions to be postponed for decades.

In this policy void, local and city governments often lead the way on issues of liveability, climate change mitigation, sustainability and social cohesion. However, many of the levers for change are above their reach. Those powers reside in state and federal governments.

3) Private sector, government and civil society interests remain fractured and opposed. Not enough attention is paid to negotiating common interests. Cities need capital but they also need to be liveable places for all citizens. New alliances are needed to reconcile needs and resources.

All the above problems are related to the overwhelming need for integration, which provides a common meeting point for a wide range of players to approach complex problems.

Not a task for government alone

Australia has no national housing or energy strategy. But both are critical to successful nations and cities.

The joined-up phrasing of the New Urban Agenda and SDG 11 offer an entry point. They provide a catalyst for integration in three critical areas:

Shared ideals, objectives and delivery mechanisms linked to the New Urban Agenda are the first step. This has already led to the setting up of a multi-partner initiative to support sustainable urban development.

The New Urban Agenda is the product of many hundreds of urban scholars, mayors, policymakers and community voices. It provides an integrative policy framework that sets a broad direction toward better cities.

Planning for the future of our cities can no longer ignore growing social, economic and environmental issues. And these are all exacerbated by wealth and income inequalities. The task of reframing governance across bureaucracy, business and civil society must recognise the uneven resources across the city, and reconcile the interests around the table.

Signing the Habitat III declaration was easy. Implementing the New Urban Agenda is a challenge that government will not be able to meet alone.

A multi-partner initiative for sustainable urban development will be among topics discussed at a forthcoming conference in Melbourne on May 4-5.

Prof Ralph Horne works for RMIT and is Director of the UN Global Compact Cities Programme.

David Adamson is affiliated a member of the Australian Labor Party, and is employed by Compass Housing Services Ltd, a not-for-profit Community Housing Provider.