We'll never cut unemployment to 0%, but less than 4% should be our goal

How COVID all but killed the Australian CBD 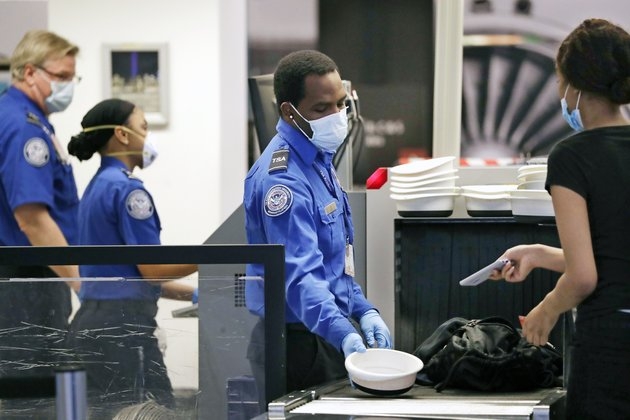 More Americans are taking to the skies

This information is valuable as current economic reports on hiring, consumer confidence, and spending can lag a month or more.

Investment strategist Nela Richardson of Edward Jones noted that the "high-frequency data" suggests that behavior is starting to recover.

The daily tally by the Transportation Security Administration (TSA) of people's movement through airport indicates that there is an increasing number of Americans are taking to the skies, although way below a year ago.

The TSA counted 417,924 people moving through airport checkpoints Tuesday, which is 83 percent below from the 2.47 million travelers on the same day last year. However, it is an improvement from the same day in April, when passenger traffic plunged 96.4 percent.

There were also more Americans driving nowadays than just a couple of months ago, based on the average daily gasoline demand of 7.64 million barrels in four weeks tallied by the U.S. Energy Information Administration.

While the number is down by about 21 percent from a year ago, it sharply increased since April 24, when the four-week daily average slumped to 5.33 million barrels.

Analysts are also observing restaurant reservations via the OpenTable app to ascertain their willingness to dine in restaurants.

Based on data from around 20,000 restaurants, the number of seated diners showed a 65.2 percent drop from last year but an improvement from March and April, where there was a 100 percent decline.

The "clicks" in the Metropolitan Transit Authority subway turnstiles in New York, which determine people's willingness to be in close quarters with others, also increased to its highest level since March, although substantially lower than usual.