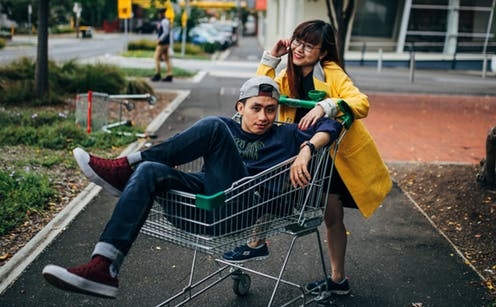 Stereotypes of AsianAmerican men mean they can have a hard time in the online dating world. (Phuoc Le/Unsplash) 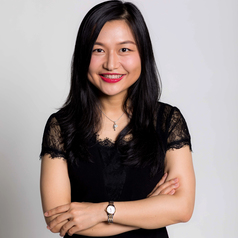 This Valentine’s Day, many single people will be looking for their date online. In fact, this is now one of the most popular ways heterosexual couples meet. Online dating provides users with access to thousands, sometimes millions, of potential partners they are otherwise unlikely to encounter.

It is fascinating to see how online dating — with its expanded dating pools — transforms our dating prospects. Can we broaden our social network to a variety of backgrounds and cultures by accessing thousands of profiles? Or do we limit our choice of partners through targeted searches and strict preference filters?

When photos are readily available for users to evaluate before they decide to chat online or meet offline, who can say that love is blind?

Before I started my research project about online dating in Canada, I did a micro social experiment with my partner. We created two profiles on a mainstream dating app for heterosexuals: one was a profile for a man that used two of his photos — an Asian man — and the other profile was for an Asian woman and used two of my photos.

Each profile included a side-face photo and an outdoor portrait wearing sunglasses. One reason we used side-face photos and self-portraits with sunglasses was to avoid the issue of appearance. In online dating, discrimination based on looks deserves a separate article!

On both profiles, we used the same unisex name, “Blake,” who had the same interests and activities — for example, we included “sushi and beer” as favourites.

Every day, each of us indiscriminately liked 50 profiles in our respective dating pool.

This reality took an emotional toll on my partner. Even though this was just an experiment and he was not actually looking for a date, it still got him down. He asked to stop this experiment after only a few days.

Such experiences are not unique to my partner. Later in my research project, I interviewed many Asian men who shared similar stories. One 26-year-old Chinese Canadian man told me in the interview:

“… it makes me angry cause it sort of feels like you’re getting rejected when sometimes like you’re messaging people and then, they unmatch you … or sometimes they don’t respond, or you just keep getting no responses… it feels like a small rejection. So yeah, it feels bad ….”

My partner’s experience in our experiment and my research participants’ lived experiences echoed findings and themes in other studies. A large body of sociological research has found that Asian men live “at the bottom of the dating totem pole.” For example, among young adults, Asian men in North America are much more likely than men from other racial groups (for example, white men, Black men and Latino men) to be single.

Gender differences in romantic relationships are especially pronounced among Asian young adults: Asian men are twice as likely as Asian women to be unpartnered (35 per cent versus 18 per cent).

This gender gap in romantic involvement among Asians is, in part, because Asian men are much less likely than Asian women to be in a romantic or marital relationship with a different-race partner, even though Asian men and women appear to express a similar desire to marry outside of their race.

The gender differences in patterns of romantic involvement and interracial relationship among Asians result from the way Asian women and Asian men are seen differently in our society. Asian women are stereotyped as exotic and gender-traditional. They are therefore “desirable” as potential mates. But stereotypes of Asian men as unmasculine, geeky and “undesirable.”

While many people recognize the racism in elite-college admissions, in workplaces or in the criminal justice system, they tend to attribute racial exclusion in the dating market to “personal preferences,” “attraction” or “chemistry.”

Seemingly personal preferences and choices in modern romance are profoundly shaped by larger social forces, such as unflattering stereotypical media depictions of Asians, a history of unequal status relations between western and Asian countries, and the construction of masculinity and femininity in society. Regular exclusion of a particular racial group from having romantic relationships is known as sexual racism.

Online dating may have radically changed how we meet our partners, but it often reproduces old wine in new bottles. Like the offline dating world, gendered racial hierarchies of desirability are also evident in cyberspace and operate to marginalize Asian men in online dating markets.

Research from the United States shows that when stating racial preferences, more than 90 per cent of non-Asian women excluded Asian men. Furthermore, among men, whites receive the most messages, but Asians receive the fewest unsolicited messages from women.

Exactly because dating apps allow users to access and filter through a large dating pool, easy-to-spot characteristics like race may become even more salient in our search for love. Some people never make the cut just because they are already filtered out due to gendered and racialized stereotypes.

A 54-year-old Filipino-Canadian man, who started using online dating almost 20 years ago, shared his experience with me:

“I don’t like online anymore. It doesn’t do you justice …. Most women who I ask to date would be Caucasian and I would get a lot of ‘no responses.’ And if they did, I always asked why. And if they were open to tell me, they say they were not attracted to Asian men. So in a sense, metaphorically, I didn’t get a chance to bat. Because they look at my ethnicity and they say no. In life, I’ll meet Caucasian women. Even if they look at me and I’m not white but because of the way I speak and act, I’m more North American, they think differently later. Not that they would initially say no, but after they knew me, they would reconsider.”

This participant felt he was often excluded before he got a chance to share who he really was.

When asked to compare meeting partners online and offline, a 25-year-old white woman said she prefers meeting people in person because for her, that is where the judgemental walls come down:

“I find more quality in person. I’m in a better mindset. I’m definitely less judgemental when I meet someone offline — because online, the first thing you do is judge. And they’re judging you too — and you know you’re both figuring out whether you want to date. So there are a lot of walls you put up.”

For many online daters, the boundless promise of technology does not break social boundaries. If racial discrimination that prevails in the intimate sphere is left unchallenged, many Asian men will repeatedly encounter sexual racism.