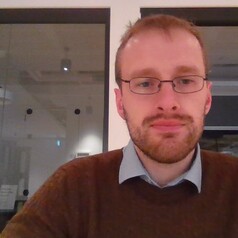 For four months, Ukraine has been fighting for its very existence. Having successfully forced Russia to shift focus from a four-fronted offensive to concentrating on the Donbas region in the east of the country, Ukraine is now fighting a bitter war of attrition – losing, depending on whose figures you trust, between 200 and 1,000 soldiers a day, including wounded.

Meanwhile, the recent withdrawal of Ukrainian forces from the town of Severodonetsk on June 24 left virtually the whole of the Luhansk region under Russian control. Ukrainian president, Volodymyr Zelensky, has addressed the G7 summit via videolink from Kyiv, calling for more – and more advanced – weapons systems as well as harsher sanctions against Russia.

But there has been some good news. It was announced on June 23, that Ukraine had been given EU candidate status, alongside its neighbour Moldova.

It has been a long and torturous road for the two countries to reach this point. For a start, Ukrainian political elites have been divided on EU membership, an issue which was highlighted by the Euromaidan protests of 2013-14, which brought down the government of pro-Russian president, Viktor Yanukovych after he chose not to sign an agreement that would have integrated the country more closely with the EU. Ukraine governments since have strived to improve that relationship.

Similarly, Moldova has had a long history of divided politics in Europe. A nominally pro-European coalition was more concerned with controlling state institutions and media. But since 2020, the Moldovan president, Maia Sandu, has steadied the ship by trying to tackle corruption and reducing oligarchic control of state structures. However, corruption remains a significant issue and the oligarchs retain some control. Therefore, Moldova’s new pro-European course remains fragile.

The arrival of three European leaders in Kyiv on June 16 was an important moment. There had been a belief that the French president, Emmanuel Macron, and his counterparts, German president Olaf Scholz and Italian presidents Mario Draghi were visiting in order to put pressure on Zelensky to negotiate a ceasefire with Russia as a matter of urgency, even if it were to mean making territorial concessions. Instead, the three leaders made it clear they intend to stand firmly behind Ukraine. After the Kyiv meeting, Scholz issued a press statement which was unequivocal that he and the others would accept Ukraine and Moldova as candidate members of the EU.

EU candidate status involves following mandated steps on political and economic criteria, such as improving democracy in state institutions and reducing state control over the economy. EU candidate status can last for years or even decades, as Turkey has found, having been accepted as a candidate country in 1999. Albania, the Republic of North Macedonia, Montenegro and Serbia in the Balkans have also been candidate members for some years.

But since 2013 there has been integration fatigue in Brussels. Some member states, including France, appear unwilling to consider membership for the Balkan region particularly. With a lack of political movement from Brussels towards integration, Balkan governments are less and less willing to make difficult choices on tackling corruption, knowing that EU membership is a pipe dream. In the region, there is little incentive for EU integration. Both sides no longer believe integration is likely and there is little incentive to undertake major reforms to secure membership.

Macron has said that Ukraine would not have been able to apply for its EU candidate status under normal circumstances. Now, he said: “We are doing that because military activities are underway and we think that it is right.” On June 17 the European Commission made a recommendation that Ukraine and Moldova should be given candidate status, but indicated that the two countries would have to fulfil certain criteria before membership would be even considered.

These conditions are extensive. For Ukraine they include, judicial reform, tackling corruption, reducing oligarchic power, improving minority legislation, and tackling vested media interests. Moldova will be required to follow a similar trajectory with obligations on improving judicial reform and fighting corruption.

This will be a long process. Judicial reform is urgent in both countries and both countries will need considerable political and social reforms to decrease the influence and control of the oligarchy, rid themselves of corruption and entrench the rule of law.

Both Ukraine and Moldova have undertaken significant reforms and candidate status will provide them with to EU funding and open them to external investment as businesses take candidate status as a signal that they are on the path to membership.

But candidate status is the first stage in a long journey and can be reversed if the mandated reforms are not effectively introduced. But the signal sent by Brussels is a huge morale boost for both. There is still a long way to go, but – for Zelensky in particular – the prospect of ever-closer integration with this powerful trading bloc will give him a stronger voice as he calls for solidarity and support again the Russian invaders.