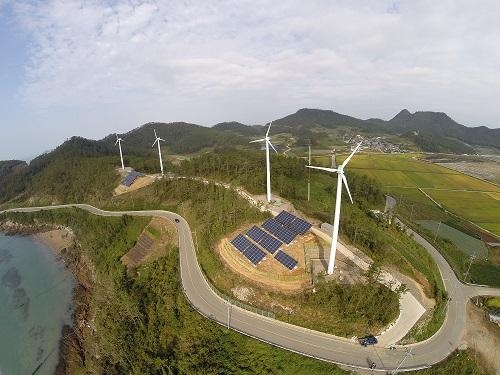 Last year, the US imported $78 million worth of wind towers from South Korea, up 57 percent from 2018.

The US slapped a 5.41 percent anti-dumping tariff on imported wind towers from South Korea and Vietnam for being sold at less than fair value.

The US Department of Commerce is set to make an official order imposing the new tariff within the week.

According to the US International Trade Commission (ITC), the wind towers from the two countries were found to have "injured" its industry.

The Wind Tower Trade Coalition made up of US firms filed a petition last year to slap anti-dumping tariffs of at least 350.62 percent on utility-scale wind towers from South Korea, Vietnam, Canada, Indonesia.

The towers are used to support wind-power generators.

Last year, the US imported $78 million worth of wind towers from South Korea, up 57 percent from 2018.