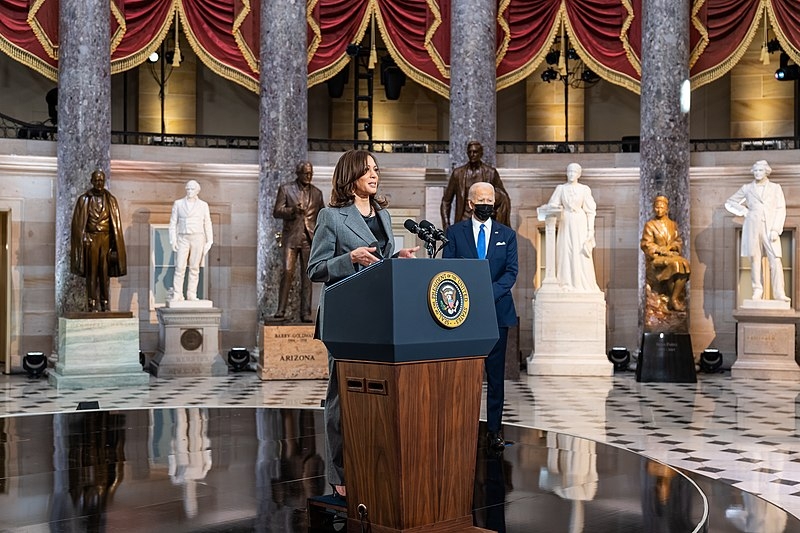 The United States has faced another mass shooting during its fourth of July celebrations this week. Vice President Kamala Harris traveled to Highland Park in Illinois, where the latest mass shooting took place.

“There’s a lot of healing that’s going to have to happen that is both physical and emotional. There’s no question that this experience is something that is going to linger in terms of the trauma,” Harris told the press. “I’d like to urge all the families and all the individuals to seek the support you so rightly deserve.”

“We’ve got to be smarter as a country in terms of who has access to what – and in particular assault weapons. We have to take this stuff seriously. And seriously as you are because you have been forced to take it seriously. The whole nation should understand and have a level of empathy to understand that this can happen anywhere, in any peace-loving community,” said Harris.

The suspect of the mass shooting, Crimo, would likely face a mandatory life sentence and would likely be pressed with additional charges, according to Lake County State Attorney Eric Rinehart.

In other related news, Biden and Harris also spoke with the wife of WNBA basketball player Brittney Griner, who is being detained in Russia on cannabis charges amidst Russia’s invasion of Ukraine, and pleaded with the Biden administration for help.

In a readout of the call that was released by the White House Wednesday, Biden assured Griner’s wife, Cherelle Griner, that he would provide all the assistance that is needed and that his administration is doing everything it can to be able to bring Griner along with other Americans who are currently detained in Russia.