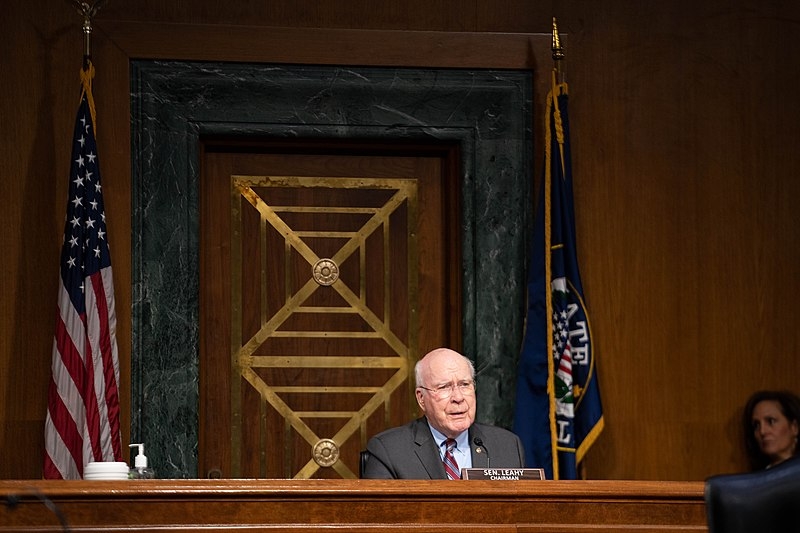 Several Republican lawmakers used the opportunity in the confirmation hearing to complain about the treatment then-nominee Brett Kavanaugh received from Democrats in the Senate. Democratic Senator Patrick Leahy pushed back on the complaints, citing the Republicans’ treatment of Merrick Garland.

Top Senate Democrat Patrick Leahy pushed back on the complaints by several Republicans on the Senate Judiciary Committee during the confirmation hearing of Ketanji Brown Jackson. Leahy touched on Texas GOP Senator Ted Cruz’s comments the previous day regarding the Senate Democrats’ opposition to then-candidate Neil Gorsuch, with other Republicans citing what occurred during Kavanaugh’s hearing.

Cruz claimed that Democrats had a political agenda to carry out when they opposed Gorsuch’s confirmation. Leahy pushed back, citing the Senate Republicans’ treatment of now-Attorney General Merrick Garland, who was previously nominated by Barack Obama for the Supreme Court, only to not receive a hearing or a vote.

“I was going to respond to something the junior senator from Texas said yesterday,” said Leahy during the hearing. “He suggested Democrats exacted a political agenda by opposing the nominations of Judge Gorsuch to the Supreme Court. I kind of chuckle at that because along with others, others repeatedly and clearly stated substantive concerns with Justice Gorsuch’s nomination.”

“There’s no political agenda. I contrast that with Republicans’ treatment of Judge Merrick Garland. We’re still waiting for the substantive concerns with Merrick Garland. They blocked him for over a year and wouldn’t even allow a vote on his nomination, apparently because of a politically driven agenda.”

To note, Kavanaugh has been accused of sexual assault by a woman he knew during their childhood. The FBI never did a full background check on Kavanaugh, and there are still questions surrounding the debt Kavanaugh incurred that were mysteriously paid off.

A heated clash between Republican and Democratic members also occurred during the hearing, when South Carolina Republican Lindsey Graham walked out of the room when Senate Judiciary chair Dick Durbin fact-checked his claims over the legal disposition of the remaining inmates of the Guantanamo Bay facility.

Graham yelled over Durbin, who was calmly correcting the South Carolina Republican, saying that “the system failed miserably” and that the US is “at war, we’re not fighting crime!.” Graham even expressed that the remaining detainees at the Guantanamo Bay facility should remain until they die rather than release them.