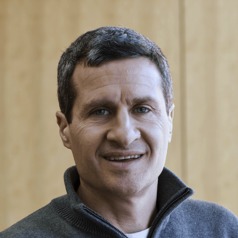 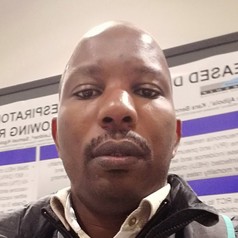 Princess had a rough start in life. She was born HIV-infected. Her mother was often sick, and there was little family support for her own struggles with HIV. But Princess’ mother had recently started HIV treatment and planned to stay on it. She wanted to do everything possible for her daughter, so she made a decision that ultimately helped save Princess’ life: she enrolled her in a study to treat HIV infection just a few days after being born.

HIV progresses rapidly in the first year of life, wreaking havoc on an infant’s developing immune system. Although treating HIV-infected women with three active drugs in pregnancy can prevent most transmission to babies, Princess is one of almost 500 children born each day in sub-Saharan Africa who still become infected with HIV. The World Health Organization recommends starting three-drug antiretroviral treatment in infected children as early as possible, yet this goal has proved elusive in most pediatric HIV treatment programs globally.

Recent research in this field, including our new data from Botswana, suggest that initiating treatment as close to birth as possible may be the best time to treat infants. Starting in the first week of life may reduce the total amount of virus in the baby’s body, it may improve favorable immune responses to the virus, and it may prevent rapid decline in health among children who are HIV infected – 50% of whom will die within two years if untreated.

Only a handful of exposed children are currently tested for HIV and started on treatment in the first week of life. South Africa has recently changed its policy to test children at birth and 10 weeks, but it is the only country in Africa to do so. All others have policies to test babies for HIV when they reach between four and six weeks old, by which time the viral burden in the body is high and signs of a weakened immune system may be apparent.

We are infectious disease doctors who work in Botswana and Boston and, since 2015, we have been conducting the Early Infant Treatment Study in the Francistown and Gaborone regions of Botswana, a country with the third highest HIV-1 prevalence in the world. The study offers HIV testing and immediate initiation of treatment within days of birth. Given the mounting evidence that immediate treatment is good for HIV-infected children, we hope our research offers a road map for addressing barriers to newborn treatment. 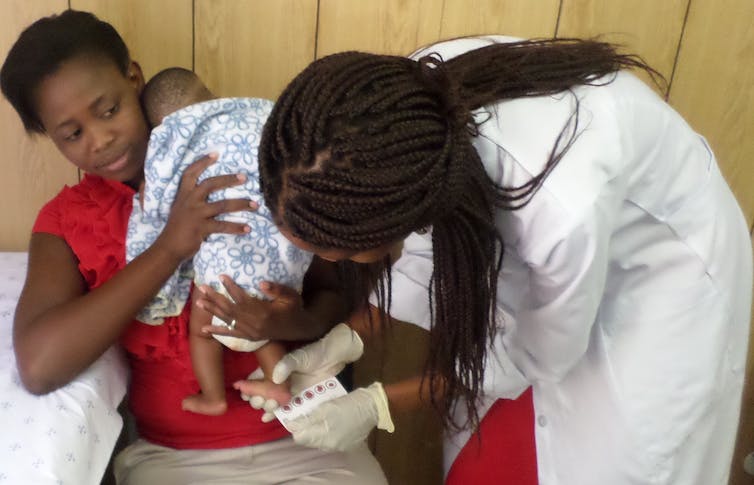 The first barrier to early diagnosis and treatment is the way health providers diagnose newborns. The diagnostic test needs to be virtually perfect to establish that the baby is infected with HIV (and to start lifelong treatment). Children cannot be tested with standard antibody tests until they are at least 18 months old because they still have circulating antibodies from their mothers (including antibodies to HIV that would always lead to a positive test result). So tests that directly detect the HIV virus are needed.

Direct tests for HIV virus can be performed by a heel prick using drops of blood on filter paper, which can then be transported to a laboratory either at the same site or a distant location without refrigeration. These tests are commonly used, and highly accurate when children are at least four to six weeks old. But the accuracy of the test in newborns is not as well established, and the testing is less likely to be available at maternity wards, and even less likely if delivery occurs at home. In our study, we found that we could make a correct diagnosis in newborns as long as we tested a second sample for every child who initially screened positive or indeterminate. Since this does not happen often (less than 1% of tests in our setting), this repeat test strategy was feasible, and it provided enough diagnostic certainty to immediately offer treatment to infected newborns without fear of misdiagnosis.

Limited drugs and misperceptions about treatment

The next barrier is the limited number of antiretroviral drugs for use in newborns. Until recently only two drugs – zidovudine and lamivudine – have had adequate safety and dosing data from birth. Other drugs can only be used from when the child is two weeks old. But there are additional concerns, including medicines with a terrible taste that cannot be masked easily, or drugs with complex treatment formulations that make them difficult to use. With these limitations in mind, clinicians may delay starting treatment until later in infancy, believing the treatment is too difficult to administer for newborns. While the limited number of available drugs is a very real concern, our experience has been that newborns tolerate HIV treatment well, and can rapidly suppress the virus when the right supports are in place.

Another challenge that makes it difficult to initiate treatment at birth is rooted in perceptions about a baby’s ability to tolerate travel and treatment in the newborn period. Initiation of treatment often requires a referral to a pediatric HIV clinic. This transfer from one department to another – or in some cases one facility to another – can be complicated. These considerations may lead health providers to believe that HIV testing and treatment is best sorted out later in life when the infant is perceived as stronger.

However, we have found that this reasoning is misguided. Immediately after birth the child has suffered the least immune system damage from HIV. There are also opportunities for frequent contact with the health care system early in life, which can help a child stay on medications. In our study, we frequently partnered with nurses at postnatal care clinics to help with adherence counseling and even direct observation of dosing, and these partnerships helped improve treatment responses.

The final barrier to initiating testing and treatment at birth is cost.

Because not every infection can be detected at birth, testing at 4-6 weeks for virus in the blood, which may cost US$25 or more, is a “catch-all” for transmissions that occur in pregnancy, during delivery, or from early (but not later) breastfeeding. So birth testing adds a step to most infant diagnosis programs. However, the consequences of missed early diagnoses, and worse treatment outcomes with delay, are now better understood.

Targeted birth testing is also an option in cost-constrained settings. In the Early Infant Treatment Study, the vast majority of HIV-infected children had an easily identifiable risk factor for transmission – such as the mother being off treatment or having a history of detectable virus in her blood. Targeting babies at high-risk could be adopted to reduce cost, while still allowing us to identify nearly all the infected children and get them started on treatment.

Finally, in an attempt to find less costly diagnostic options, we piloted the use of facility-based, or “point-of-care,” testing for virus in the blood and demonstrated that it identified almost all infant infections in the first week of life. Point-of-care testing can offer less complexity and reduced cost, though at about $18 per test, we have not solved the cost issue entirely.

There are both real and perceived challenges to diagnosing and treating HIV in newborns. While the resources of a study may not be available everywhere, our experiences in the Early Infant Treatment Study in Botswana suggest that this strategy works, and should become the standard of care everywhere.

We do not have a cure for HIV yet, but immediate testing and treatment of newborns offers a pathway forward so children like Princess can survive until we do.