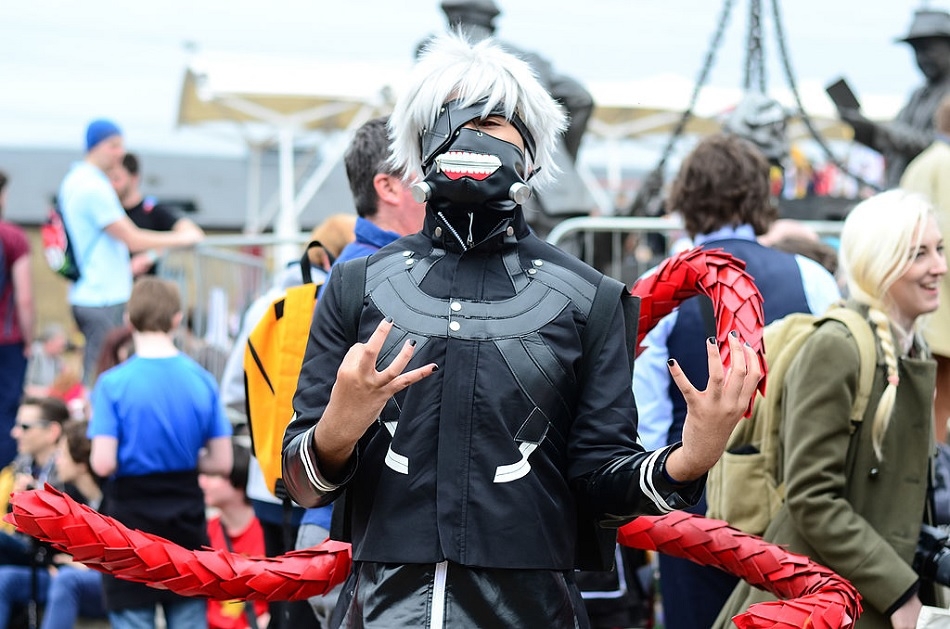 “Tokyo Ghoul:re” chapter 179, the manga series's finale, is set six years after the events of the Dragon War. Creator Sui Ishida ends the pages with a “Thank You” message to his fans.

Other “Tokyo Ghoul” series will continue but this is definitely the end for the manga series. On the last pages of “Tokyo Ghoul:re” chapter 179, Ishida made sure he could personally thank the series's fans, wroting, “Thank you very much for your continuous reading and encouragement over the past 7 years! The last volume, volume 16, will be sold starting on July 19."

“Tokyo Ghoul:re” chapter 179, titled “The Mountain Goat’s Song,” opens with Hide staring at the skyscrapers of Tokyo. The first parts of the finale are merely a recap of what happened during and after the so-called Dragon War. Meanwhile, a large section of the installment is dedicated to providing updates about the current lives of as many characters as the 36-page manga can accommodate.

Hide recalls that the Commission of Counter Ghoul (CCG) successfully defeated the last poisonous oviduct while the spread of Rc cell over-secretion disease (ROS) was prevented. However, nonpoisonous oviducts are still active in many Wards. These gave birth to the Dragon Orphans, which became the “common enemy of both man- and ghoul-kind.”

As of the events in “Tokyo Ghoul:re” chapter 179, CCG has been disbanded and replaced with the Tokyo Security Committee (TSC). Though operating under a new name, half of the TSC members are actually from CCG. For one, former CCG captain Itsuki Marude has been appointed TSC director.

One of the highlights is undoubtedly Ken Kaneki’s story. Before “Tokyo Ghoul:re” chapter 179, Kaneki was caught up in a very gory and life-threatening situation. Although he survived, Kaneki returned “virtually in pieces.” He is still working with the TSC given that a new enemy has emerged.

In the end, Kaneki has found his happy ending with his wife Touka, whom he shares a daughter with. Some fans cannot come to terms with how things concluded for Kaneki in “Tokyo Ghoul:re” chapter 179.

For a character that has always been caught up with dark plots, some fans believe that Kaneki was destined to have a tragic end, and a happy ending is pretty anticlimactic. But others defended Ishida’s choices by saying that the conclusion of Kaneki's story, in “Tokyo Ghoul:re” chapter 179, accurately represents what the character really wants for his life.