Which Type of Blackjack is Right for you?

Business lessons we can learn from the gaming industry

Three reasons businesses are paying higher dividends rather than investing 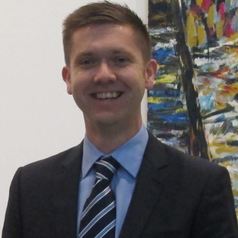 Typically, low interest rates, together with record profits, would create an environment in which businesses would be happy to invest in new projects – providing a boost to economic growth and jobs. Unfortunately, Australians do not appear to be living in “typical” times. Rather than lifting investment, businesses have chosen to return cash to shareholders in the form of record dividends and share buybacks.

There are many possible reasons – including political uncertainty – why businesses are seemingly ignoring the supportive economic environment and paying such large dividends (A$72 billion in 2016-17) instead of reinvesting in growth opportunities.

Three likely candidates are firm commitments to set dividend payouts, the sustainability of current commodity prices, and a perceived lack of investment opportunities.

This is not necessarily bad for the economy. Private investors will be happy to have more cash in their pocket, and at least some of the extra cash handed to shareholders will result in increased consumption, which may encourage businesses to invest in the future.

Having come to the end of a major investment cycle, many resources companies are reluctant, for example, to build more mines and create more supply, as this creates downward pressure on prices. These companies have committed to a set dividend payout ratio. Mining giant BHP Billiton, for example, promises to pay its shareholders at least 50% of underlying profits.

The high level of dividends in the mining sector probably says something about the sustainability of current commodity prices. Despite extra supply from a number of additional mines (and increased production from existing mines) being available in 2016, the iron ore price has surged to more than US$90 per tonne.

However, for mining companies to justify investing the billions of dollars required for a new mine, they need to have some comfort that such prices will persist. While the majority of forecasters have revised up their estimates, the consensus is still for the price to fall below US$60 per tonne by 2018.

The third reason is a perceived lack of investment opportunities. One explanation for this may be a reduction in infrastructure spending by state and federal governments owing to fiscal constraints.

If businesses cannot identify a project that provides an adequate return on capital, then they are better off returning cash to shareholders. Corporate finance theory would suggest this is good.

What about political uncertainty?

Perhaps the largest drag on investment results from the high level of uncertainty about the geopolitical environment.

Domestically, there appears to be little policy direction from a Coalition government wary of a rise in populism.

And, globally, the Trump administration is perhaps the biggest cause of uncertainty.

In the months since Donald Trump’s victory in the US presidential election, global sharemarkets have rallied strongly. Australia’s market has been no different.

The All Ordinaries index has risen by 10% in the past quarter. However, the key to maintaining high prices is earnings growth.

The February earnings season did not disappoint in this respect. For the last quarter of 2016, Australian businesses reported the biggest earnings increase since 2001 – well ahead of market expectations.

The strong results have largely been driven by a 21% (A$4 billion) surge in mining industry profits. Thanks to a dramatic increase in commodity prices, tighter cost controls and increased efficiencies, the industry reported gross profits (trend estimate) of more than A$24 billion for the quarter.

Across the board, firm profitability has benefited from below-trend growth in wages.

Deregulation, infrastructure investment and tax reform could boost global growth and encourage investment by Australian firms in the process. However, negatives resulting from the potential for trade war (or worse) owing to the redrawing of US foreign policy will clearly hold back investment.

My research has shown that political uncertainty is ultimately a negative for sharemarkets. Frictions in the investment decision process act as one mechanism for this relationship. In the meantime, shareholders should enjoy the benefit of higher dividend payouts while they last.

Lee Smales does not work for, consult, own shares in or receive funding from any company or organisation that would benefit from this article, and has disclosed no relevant affiliations beyond the academic appointment above.