The sounds of orgasms: A study on the sex life of rats informs human sexual behaviour 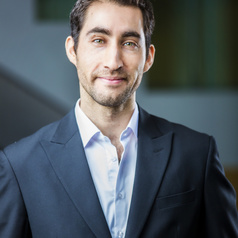 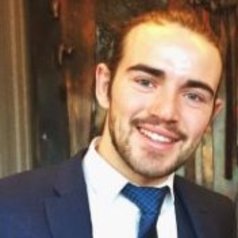 Rats have similar physiological reactions to humans when it comes to sex, and perhaps also to orgasm. In fact, a good deal of what we know about what happens in our brains during orgasm comes from the laboratory rat.

While much of what happens in the brain during human orgasm remains a mystery, decades of research by scientists has helped unravel some of the secrets.

One of the main reason why some aspects of research have advanced so much so far is the use of animals in research. In our lab, lead by James Pfaus at the Centro De Investigaciones Cerebrales and Concordia University, animals are helping us understand what orgasms are all about.

By conducting this research we hope to better understand human sexual interactions and the reason we might be attracted to certain people, scents and places. How do we get get aroused? And how can this happen without us noticing it? Do the sounds we make during sex mean anything?

What is an orgasm?

The biggest difficulty in studying orgasms in animals is the subjective nature of the experience. Clearly, we can’t ask animals if they had an orgasm after a certain amount or type of sexual stimulation.

When it comes to orgasms, it’s simple: you know it when you have one.

But how might we scientifically define an orgasm? Most definitions refer to the physiological sensations and emotional attributes that converge to a period of relaxation and ecstasy. More specifically, an orgasm can be defined as the release of the “sexual tension” from the build-up of stimulation before orgasm.

A representation of ultrasonic vocalizations of a female in response to clitoral stimulation. The different patterns shown are associated with positive affects.

It’s a frequent mistake to assume that orgasms coincide with ejaculation. The two coincide rather consistently in men (although some men do not ejaculate during orgasm). This is not typically the case with women, though some women “ejaculate” during orgasm.

To date, however, there is only one way to know if someone is having an orgasm: pelvic muscle contractions.

But subjectivity matters. One person’s best orgasm might be just average to another person. Also, the stimulation required to induce an orgasm can vary hugely across people.

This makes controlled experiments difficult to conduct in humans. Genetic and environmental differences likely cause a lot of variation in perceiving and reporting sexual stimulation, and the tipping point at which this “sexual tension” is released.

Standardized questionnaires aiming to assess the intensity and frequency of orgasm carry the same issues that plague all self-reporting studies, such as lying or the lack of proper understanding of your own subjective states.

Currently, with only one orgasm marker, no imaging technique to reliably uncover the biochemical mechanisms and the ever-changing territory of the subjective experiences on the orgasm research in humans, we neuroscientists hit a roadblock.

In males of different species, ejaculation is synonymous for sexual climax. Likewise, their female counterparts can experience rhythmic uterine and muscle contractions or tension. While we cannot assume animals experience orgasms, perhaps we could triangulate whether the animal physiologically had an one.

What if we could find analogues of behaviours that occur in both humans and animals as a method to infer orgasms in animals?

Researchers who are trying to bridge this gap between humans and animals have suggested three broad characteristics of human orgasm that we could assess in animals and compare to humans:

So, how can these criteria be applied to rats?

Rats and humans are alike in some ways

Both humans and rats experience many physiological changes before, during and after sex. In response, our bodies prepare to fight, flight or fornicate.

Rats have similar physiological reactions to humans when it comes to orgasms. When the stimulation is sexual, physiologically speaking, humans react pretty much the same way as rats, with increased physiological arousal and blood-flow to the genitalia and muscle contraction. 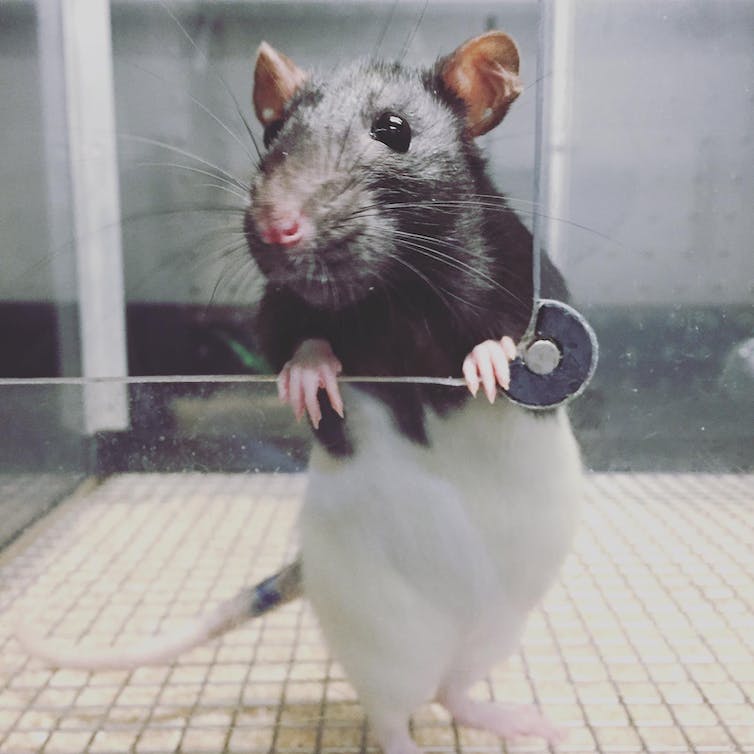 A rat in the lab at Concordia University. Christine Gerson

In the rat’s sexual world, females proactively solicit males. The female chooses which male to attract and when. She actively encourages the male to chase her by running towards the male and then abruptly turning and running away. She arches her back when the male touches her flanks to invite consummation.

This cycle repeats until the male ejaculates. Sometimes males fall asleep afterwards. To reignite the game, the female hops around the male showing her interest to resume.

Throughout this sex marathon, both male and female rats emit sounds or “calls” in a sound range we cannot hear. Using special recording equipment, we can record and analyze these calls in their frequency range.

Male calls are long and distinctive when they ejaculate; this connects the male calls to ejaculation, and possibly orgasms. Female calls are different: they are more varied and come at different times. Nothing in the calls indicate a connection to orgasms.

Rats and other animals are aware of sexual stimuli directed at them and behave in ways to maximize reward.

But once we jump into the world of subjective experiences, scientists navigate through somewhat dodgy waters.

Lessons for humans from animals

During an orgasm, a highly rewarding state, humans are likely to associate the environment as positive; we take cues from our environment and surrounding features and are susceptible to having our orgasms associated with those feelings. We quickly ingest the information around us that are present when we have sex and an orgasm: the places, people and other contextual cues.

For example, when you smell someone’s perfume that is familiar or sexually reminiscent, it will quickly trigger your memories and get you to “rev up,” sometimes without you even noticing.

These learning mechanisms can shape our sexual preferences for partners, places and objects, influencing with whom and where we choose to have sex.

An animal model of orgasm may allow scientists to explore the reasons why some people have difficulties achieving orgasm, and identify potentially behavioural and pharmacological interventions that may alleviate these difficulties. At a more fundamental level, understanding animal orgasms can shine some light on what happens in the human brain during an orgasm.

With our current research techniques we will never truly be able to objectively assess a subjective state in a rat. But by combining the study of physiological responses, short-term changes in sexual motivation and states indicative of sexual reward, as well as stable long-term sexual preferences, we are able to find some clues related to orgasms, and we are starting to note these sexual patterns in rats.

And that is a good start!