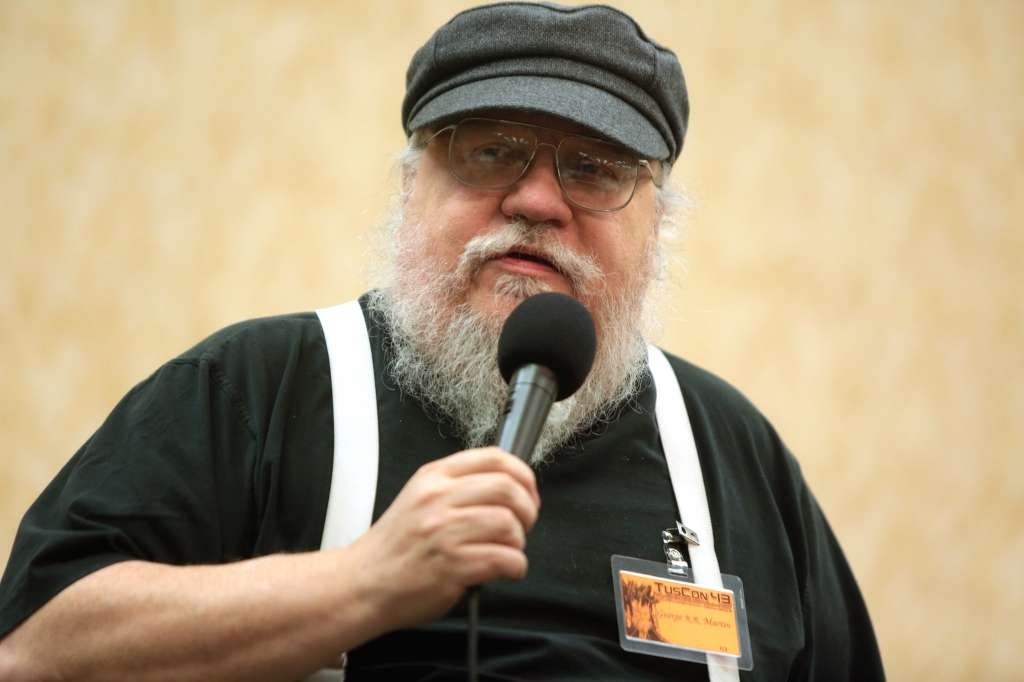 Fans of “A Song of Ice and Fire” saga has been patiently waiting for the release of “The Winds of Winter.” And so far, the sixth book is nowhere in sight.

This is despite the fact that author George R.R. Martin assured fans that he’s hard at work finishing “The Winds of Winter.” With no updates about the book and Martin himself remaining quiet recently, fans have turned to speculation again to try and guess when the sixth entry will come out, Express reported.

The latest clue that fans have scrutinized is Martin’s new photo, which some believe as an author’s headshot. Could this be used as the official image for “The Winds of Winter?” That remains to be seen. Quite a few fans over at Reddit are hoping that this might be a sign that the next book is nearly complete.

But hoping is different from certainty and a mere photo doesn’t provide valid proof that the “The Winds of Winter” has progressed to a significant headway. Hopefully, Martin will finish the book soon as thousands of people are dying to know what will happen in the brewing conflict between the houses and the overall Great War that’s looming over everyone’s head.

There’s also the differing side plots to consider between the books and the TV adaptation. It’s already well-known by now that the “The Winds of Winter” will tell a different story on the events that take place in the lives of several characters.

For instance, Brienne (Gwendolyn Christie) and Pod (Daniel Portman) are relatively safe in the show as they’ve been last seen mingling with other characters in King’s Landing. But in the books, particularly in the latter part of “A Dance With Dragons,” the duo has been strung up to a tree by Lady Stone Heart, the hate-filled reincarnated version of Catelyn Stark (Michelle Fairley). This plot alone is enough to drive fans mad with worry as they’ve been wondering what will happen to the beloved knight and squire in “The Winds of Winter.”

Is Stoneheart going to change her mind? If so, what will cause her to revert her judgment? The answers only lie on the hands of Martin and the texts within “The Winds of Winter.” Fortunately, it seems that the celebrated author is working hard in finishing the book as has been hinted in his blog post.