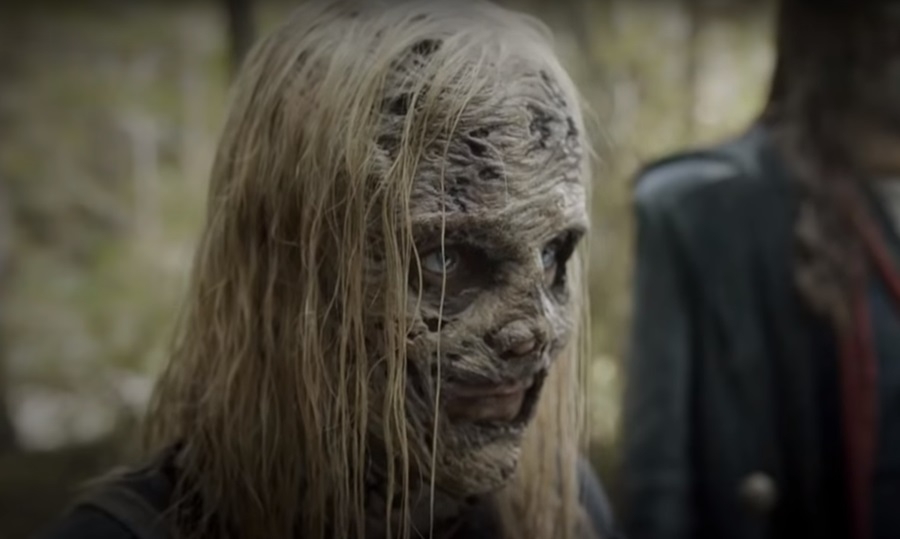 “The Walking Dead” Season 9 Episode 9 will provide more details about The Whisperers, the new cult-like group that the protagonists are currently facing. A new trailer for the mid-season release has been uploaded over at Youtube and it featured the villains watching the people of Alexandria from a distance, Independent reported.

The clip ended with Alpha (Samantha Morton) gathering her members and is likely planning something sinister. Showrunner Angela Kang said that the “The Walking Dead” Season 9 Episode 9 will be exploring the motives and philosophy that drives The Whisperers forward, Entertainment Weekly reported. In the comics, this group is practicing a twisted way of living and even considers rape as a normal social norm.

Indeed, this perverse practice is so deeply ingrained in the group’s society that even Alpha’s daughter, Lydia (Cassady McClincy), isn’t given protection from this malicious acts. In fact, the women within the cult don’t even consider sexual assault as rape. This is due to the fact that the members of the group consider themselves as animals, not human. Meanwhile, “The Walking Dead” Season 9 Episode 9 will also be further developing the character of Negan (Jeffrey Dean Morgan).

If the show follows the plot of its source material, then Negan will be the key in The Whisperer’s collapse. The teaser clip of the midseason premiere has already hinted at this fact as it was seen that Negan is now out of his cell. As such, “The Walking Dead” Season 9 Episode 9 will not only touch upon the philosophy of The Whisperers, but may also provide clues to Negan’s motives.

Of course, this is merely speculation at this point and the show could very well take a whole different route. After all, the series has since broken away from the plotline of its source material. But given how everything is shaping up, there’s a strong indication that Negan will indeed play a vital role in destroying The Whisperers. As for the release date of “The Walking Dead” Season 9 Episode 9, it will air on AMC on Feb. 10.