The First Video Slot in the History of Online Gambling 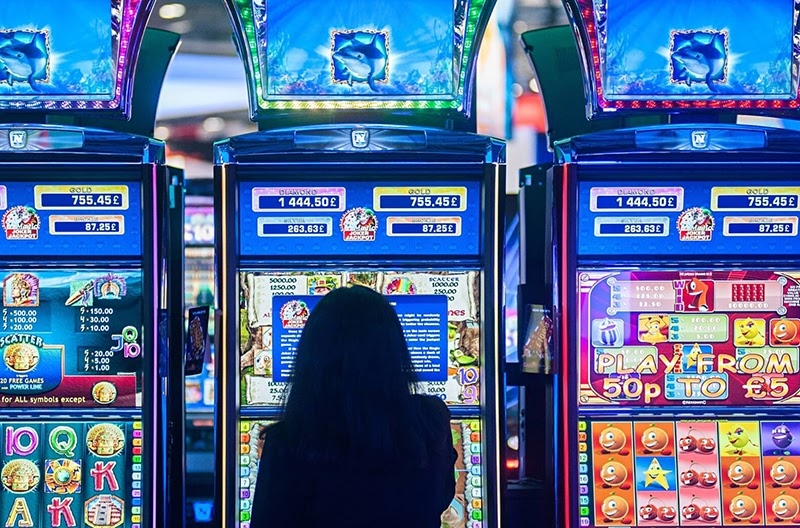 By a long shot, slot machines are the most popular casino games ever created. Whether you play in a land-based casino or online, you'll find lots of thrilling games to pick from. If you relish playing online slots, which I guess you do, have you ever wondered how they came to be? Maybe not, but there's a rich history behind these mainstream gaming machines.

The very first slot machine dates back to more than a century ago. All through the years, advances in technology have resulted in a growth of the online casino games, penny slots, in particular, making them more accessible to millions of players world over. Today's post will take you through the exciting journey of slots, from their origins to the delightful free slots no downloads that you see today. Spare the next couple of minutes for an insightful read.

The Sittman and Pitt Machine, Antecedent of the Slot Machine

It was in back in 1891 when Sittman & Pitt, a company based in New York, created a card machine. This card machine is generally deemed the original predecessor to the first true slot machine. The device was based on poker, and it operated under a system of 50 card games. Typically, the jacks of hearts and the 10 of spades were taken away from the deck. As a result, this lessened the odds of a royal flush, thereby boosting the house edge.

The machine came with 5 drums, and for every spin, it would cost players a nickel. To spin the drums, players were to pull a lever then wait for the drums to stop spinning to determine if they had won or not. Wins were granted to the player that managed to line up a poker hand, with different hands having different values.

The Sittman and Pitt machine gained massive popularity, and it became a hit in numerous pubs all over the city. However, this game lacked a direct payout system from the device itself. Instead, the range of awards for different combinations was stipulated by the establishment where the slot machine was played. Since the devices were usually found in pubs, bars and restaurants, the prizes consisted of cigars or free beers, depending on the winning hand that the player had landed. 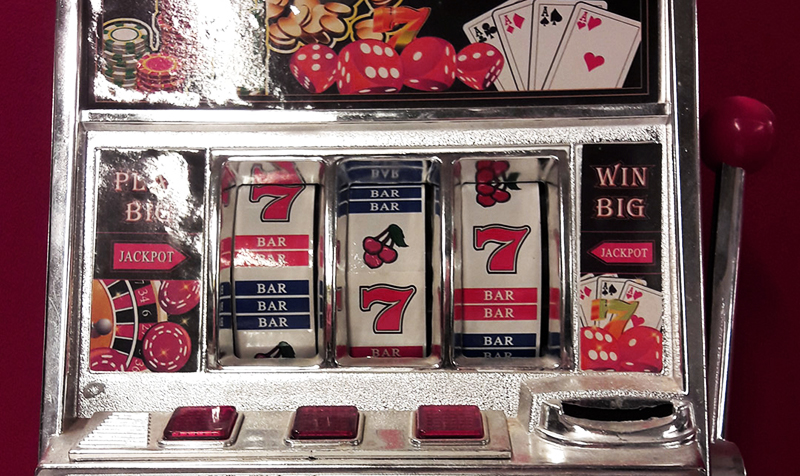 Four years later, in 1895, what can be considered as the first real slot machine was created by a Bavarian-born car mechanic residing in Francisco. Charles Fey created a much simpler layout, by reducing the number of drums to only three. Above anything else, Fey's layout came with one breakthrough: the design had the likelihood of automated payouts for winning symbol combinations.

In his invention, Fey swapped the range of cards that were used in the Sittman and Pitt slot machine design with five symbols. These were hearts, diamonds, spades, a liberty bell, and horseshoes. The replacement facilitated the easy identification of wins, thereby making room for automated payouts. In this version of the game, landing 3 cracked liberty bell symbols offered the best payout. That's in fact how the slot machine gained its 'Liberty Bell' name. 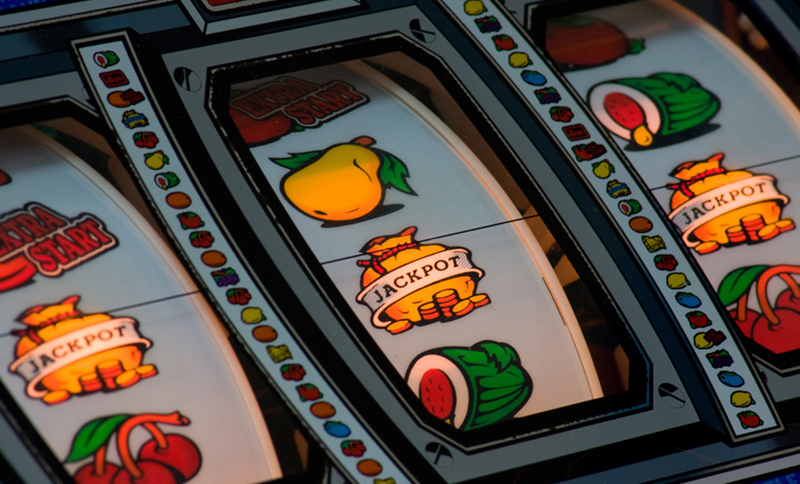 With the high demand for the Liberty Bell slot machine, a different slot developer got into the market over a decade later, adding another twist on the trendy betting machine. In 1907, Herbert Mills, a manufacturer from Chicago, unveiled his first slot, known as the Operators Bell machine.

This was the first slot that embodied fruit symbols that we currently associate with classic fruit machines, and they included cherries and melons. On account of the gambling prohibition that was in effect at that time, those machines couldn't pay awards anymore. Instead, they paid out candies and bubblegum, depending on the winning fruit symbols that the player had landed. That was the time when the BAR icon (emblem of the Bell-Fruit gum firm) got introduced to the reels.

Throughout the years, the popularity of slot machines never showed any sign of dwindling. Different companies got into the business of creating cabinet slots that were placed in casinos, bars, and tobacconists.

After the Operators Bell, however, the next significant advancement in the progression of slots can be pinned down to 1963. It is in this year that slot machine developer Bally launched the pioneer slot machine that was completely electromechanical. It went by the name Money Honey slot, and the game came with a groundbreaking feature, a bigger hopper. This new hopper allowed for automated payouts of up to a maximum of 500 coins. Additionally, for the first time, buttons were used instead of the levers in the previous versions.

Thirteen years later, in 1976, the first video slot machine was launched. It was created by Fortune Coin Co., a developer based in California. The most remarkable improvement for these new devices was that instead of the customary mechanical layout, an improved Sony TV screen was used for display.

Moreover, unlike the previous mechanical background workings of the game, logic boards were now used for every slot machine function. The Fortune Coin video slot was installed on a standard cabinet, and it was first tested at the Las Vegas Hilton Hotel. After successful trials, the Nevada Betting Commission proposed a range of several adjustments to the original game to avert any form of cheating. After that, the game was rolled out all over the Las Vegas strip where it became exceptionally popular, attracting thousands. Fortune Coin Co., complete with its video slot machine technology, was acquired by IGT in 1978. 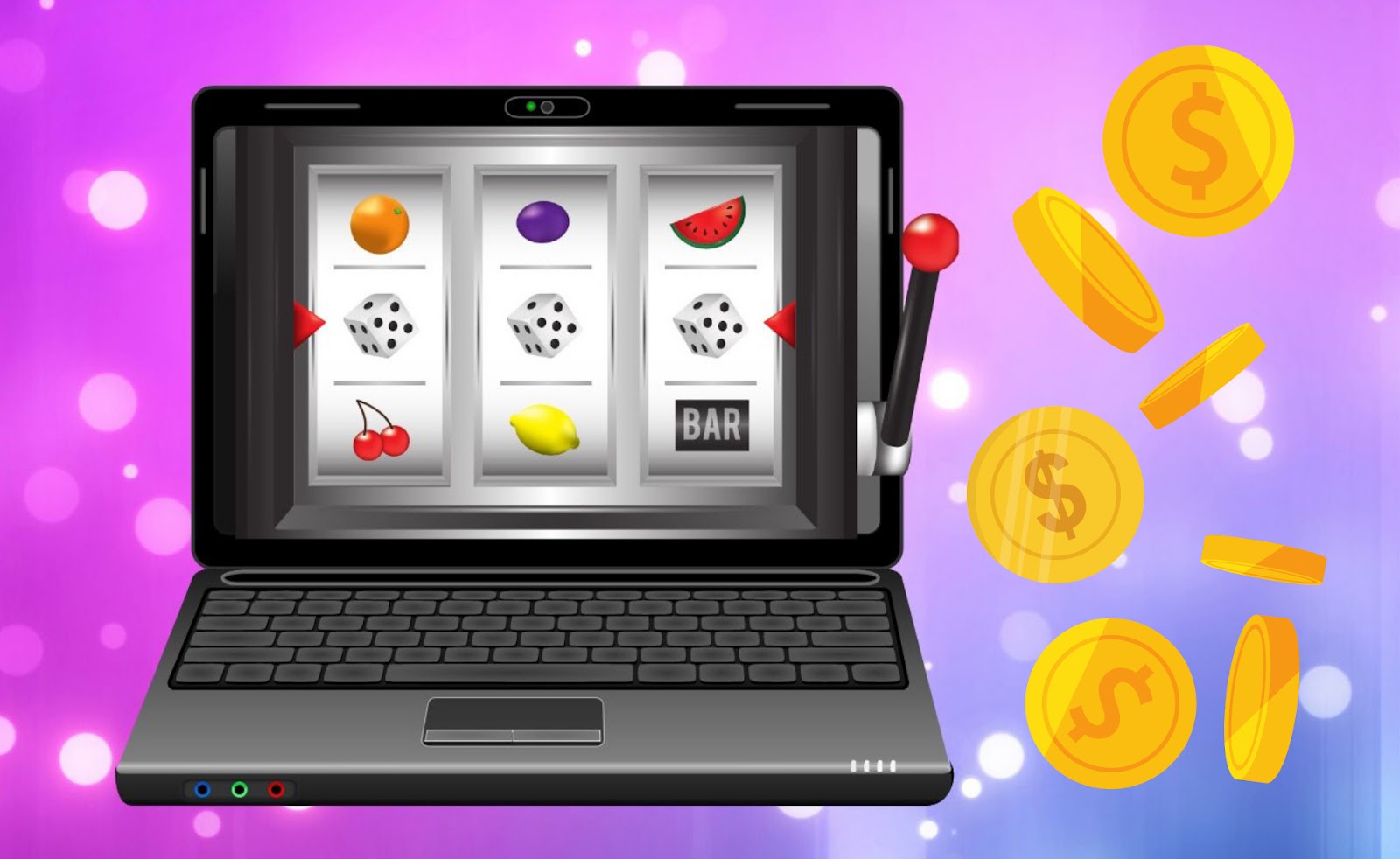 Midway the 1990s, the internet was booming. This boom resulted in the launch of the first online casinos, which then led to the development of online slot games. In the next few years, online video slots became the most popular titles, with many land-based manufacturers creating internet versions of their most prominent games.

Right now, you can choose from thousands of slot machines, many of them coming with a wide array of immersive thematic concepts coupled with stunning soundtracks and cutting-edge graphics. The advancements in technology keep bringing much-needed change to this simple game. Players can enjoy numerous interactive features, such as jackpots, bonus rounds, wilds, scatters, cascading/tumbling reels, and so much more.

Progressive jackpot slots like Mega Moolah bring together bets made on particular games across all casino sites. This offers you the potential of landing a life-changing prize, a feature that couldn't have been anticipated in the 60s when the game first became mainstream.

Playing Slots on the Go

With smart technology on mobile devices being all the rage these days, playing on mobile is the latest evolution that has swept slot machine gaming. Virtually, all software providers have invested in mobile-friendly slots. Thanks to leading-edge HTML5 based designs that run on responsive web templates, the smaller-displays in smartphones and tablets still offer an intuitive and engaging playing experience.

With such humble beginnings, who would have known that slot machines would become the staple of gambling as we know it today?