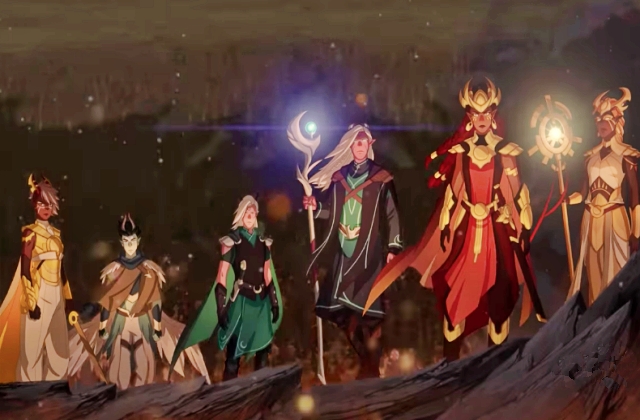 “The Dragon Prince” season 3 is coming, and big surprises are coming for the viewers of Netflix’s most popular animated series. It was reported that the third chapter would offer a total of nine exciting episodes.

Netflix renewed “The Dragon Prince” season 3 in March, and it was announced via social media. The return of the show was also revealed at the latest WonderCon event that took place in Anaheim, California. Below are things to know before the series arrives.

“The Dragon Prince” season 3’s official synopsis is already out. This was posted some months back, and as shared on Comic Book, it reads: “Rayla and Callum finally at the cusp of entering Xadia, while young Ezran returns home to take his place on the throne. Meanwhile, Lord Viren begins to realize the influence and power of his new ally – the mysterious Startouch elf, Aaravos.”

Also, at the 2019 SDCC in July, “The Dragon Prince” season 3 co-creators Justin Richmond and Aaron Ehasz have divulged many spoilers including the title for the new season which they said is the “Sun.” This is the third part of the series with a total of seven seasons in all.

Gren and Amaya will reunite, and this is one of the highlights that the viewers will see in the “The Dragon Prince” season 3. Also, Callum will know more about himself and after learning about the arcanum that’s existing within himself. He will make use of this and learn how to do other types of magic.

Ezra is taking the throne

He is strong, and he knew that he could only help others by going back and become the king. He will slowly mature as he enters his new life and faces adulthood. He has bigger responsibilities now and will try his best to be the best king for his people.

Lastly, Richmond shared Harrow’s fate in “The Dragon Prince” season 3. “Harrow is dead,” Inverse quoted him as saying. “Sorry, he’s not coming back, but we will get to see more of him, likely in flashbacks.”

“The Dragon Prince” season 3 has no release date yet as of this time.