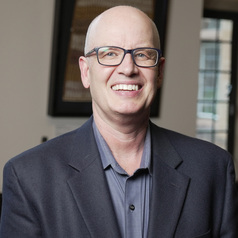 My colleagues and I published the most detailed studies of the earliest events in the COVID-19 pandemic last month in the journal Science.

Together, these papers paint a coherent evidence-based picture of what took place in the city of Wuhan during the latter part of 2019.

The take-home message is the COVID pandemic probably did begin where the first cases were detected – at the Huanan Seafood Wholesale Market.

At the same time this lays to rest the idea that the virus escaped from a laboratory.

Huanan market was the pandemic epicentre

An analysis of the geographic locations of the earliest known COVID cases – dating to December 2019 – revealed a strong clustering around the Huanan market. This was true not only for people who worked at or visited the market, but also for those who had no links to it.

Although there will be many missing cases, there’s no evidence of widespread sampling bias: the first COVID cases were not identified simply because they were linked to the Huanan market.

The Huanan market was the pandemic epicentre. From its origin there, the SARS-CoV-2 virus rapidly spread to other locations in Wuhan in early 2020 and then to the rest of the world.

The Huanan market is an indoor space about the size of two soccer fields. The word “seafood” in its name leaves a misleading impression of its function. When I visited the market in 2014, a variety of live wildlife was for sale including raccoon dogs and muskrats.

At the time I suggested to my Chinese colleagues that we sample these market animals for viruses. Instead, they set up a virological surveillance study at the nearby Wuhan Central Hospital, which later cared for many of the earliest COVID patients.

Wildlife were also on sale in the Huanan market in 2019. After the Chinese authorities closed the market on January 1 2020, investigative teams swabbed surfaces, door handles, drains, frozen animals and so on.

This establishes a simple and plausible pathway for the virus to jump from animals to humans.

SARS-CoV-2 has evolved into an array of lineages, some familiar to us as the “variants of concern” (what we call Delta, Omicron and so on). The first split in the SARS-CoV-2 family tree – between the “A” and “B” lineages – occurred very early in the pandemic. Both lineages have an epicentre at the market and both were detected there.

Further analyses suggest the A and B lineages were the products of separate jumps from animals. This simply means there was a pool of infected animals in the Huanan market, fuelling multiple exposure events.

Reconstructing the history of mutations in the SARS-CoV-2 genome sequence through time showed the B lineage was the first to jump to humans. It was followed, perhaps a few weeks later, by the A lineage.

All these events are estimated to have occurred no earlier than late October 2019. Claims that the virus was spreading before this date can be dismissed.

What’s missing, of course, is that we don’t yet know exactly which animals were involved in the transfer of SARS-CoV-2 to humans. Live wildlife were removed from the Huanan market before the investigative team entered, increasing public safety but hampering origin hunting.

The opportunity to find the direct animal host has probably passed. As the virus likely rapidly spread through its animal reservoir, it’s overly optimistic to think it would still be circulating in these animals today.

The absence of a definitive animal source has been taken as tacit support for counter claims that SARS-CoV-2 in fact “leaked” from a scientific laboratory – the Wuhan Institute of Virology.

The lab leak theory rests on an unfortunate coincidence: that SARS-CoV-2 emerged in a city with a laboratory that works on bat coronaviruses.

Some of these bat coronaviruses are closely related to SARS-CoV-2. But not close enough to be direct ancestors.

Sadly, the focus on the Wuhan Institute of Virology has distracted us from a far more important connection: that, like SARS-CoV-1 (which emerged in late 2002) before it, there’s a direct link between a coronavirus outbreak and a live animal market.

Consider the odds that a virus that leaked from a lab was first detected at the very place where you would expect it to emerge if it in fact had a natural animal origin – vanishingly low. And these odds drop further as we need to link both the A and B lineages to the market.

Was the market just the location of a super-spreading event? Nothing says so. It wasn’t a crowded location in the bustling and globally connected metropolis of Wuhan. It’s not even close to being the busiest market or shopping mall in the city.

For the lab leak theory to be true, SARS-CoV-2 must have been present in the Wuhan Institute of Virology before the pandemic started. This would convince me.

But the inconvenient truth is there’s not a single piece of data suggesting this. There’s no evidence for a genome sequence or isolate of a precursor virus at the Wuhan Institute of Virology. Not from gene sequence databases, scientific publications, annual reports, student theses, social media, or emails.

Even the intelligence community has found nothing. Nothing. And there was no reason to keep any work on a SARS-CoV-2 ancestor secret before the pandemic.

To assign the origin of SARS-CoV-2 to the Wuhan Institute of Virology requires a set of increasingly implausible “what if?” scenarios. These eventually lead to preposterous suggestions of clandestine bioweapon research.

The lab leak theory stands as an unfalsifiable allegation. If an investigation of the lab found no evidence of a leak, the scientists involved would simply be accused of hiding the relevant material. If not a conspiracy theory, it’s a theory requiring a conspiracy.

It provides a convenient vehicle for calls to limit, if not ban outright, gain-of-function research in which viruses with greatly different properties are created in labs. Whether or not SARS-CoV-2 originated in this manner is incidental.

Wounds that may never be healed

The acrid stench of xenophobia lingers over much of this discussion. Fervent dismissals by the Chinese scientists of anything untoward are blithely cast as lies.

Yet during this crucial period these same scientists were going to international conferences and welcoming visitors. Do we honestly believe they would have such a pathological disdain for the consequences of their actions?

The debate over the origins of COVID has opened wounds that may never be healed. It has armed a distrust in science and fuelled divisive political opinion. Individual scientists have been assigned the sins of their governments.

The incessant blame game and finger pointing has reduced the chances of finding viral origins even further. History won’t judge this period kindly.

Global collaboration is the bedrock of effective pandemic prevention, but we’re in danger of destroying rather than building relationships. We may even be less prepared for a pandemic than in 2019. Despite political barriers and a salivating media, the evidence for a natural animal origin for SARS-CoV-2 has increased over the past two years. To deny it puts us all at risk.