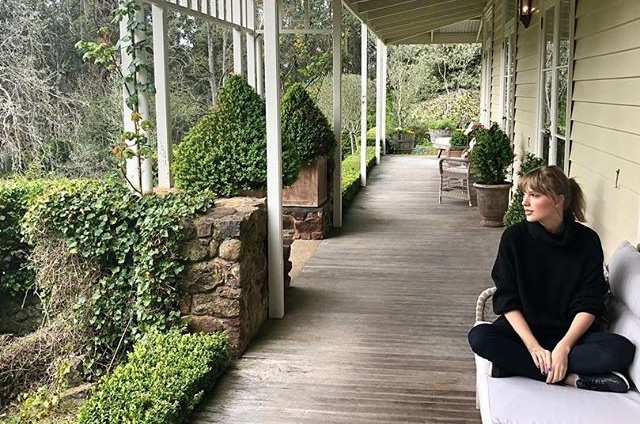 Taylor Swift is said to be pregnant and carrying Joe Alwyn’s baby! The singer and the English actor have been crossing paths since 2016 but they have been more open about their relationship only lately. In fact, it was only in September when they seem to not mind being photographed while holding hands.

Then again, it was actually last year when Taylor Swift was rumored to be pregnant and they were pointing at the 27-year-old actor as the father of Taylor’s child. At that time, In Touch Weekly reported that the 29-year-old singer was already four months pregnant.

Taylor Swift was said to have gained 30 pounds from the pregnancy but the tabloid admitted that it is also possible that the singer only gained weight. Gossip Cop also contacted Swift’s representative to clear the rumors and the publication was told that the “Gorgeous” songstress is not pregnant.

Now, a year after, Gossip Cop proved once again that the story was a phony one. A year already has gone by and apparently, Taylor Swift and Joe Alwyn are not parents yet. However, while the pregnancy rumor is false, the two are still dating up to now.

The couple is said to have gotten closer and still dating happily. Despite Taylor Swift and Joe Alwyn’s unconditional love, they are not engaged yet. Moreover, the two remained very private about their relationship but sources reveal surprising details about their romance.

“She finds Joe to be one of the coolest guys,” Elle quoted the source as saying. “He’s extremely chill, laidback and unconditionally supports her.”

Meanwhile, Taylor Swift had a good year and she enjoyed sold out concerts in the biggest arenas out there. She was named as one of the singers with top-grossing concert tours in 2018. The singer’s “Reputation” tour placed No. 2 on the Top 100 Worldwide tours chart and it proudly earned around $345 million in ticket sales.