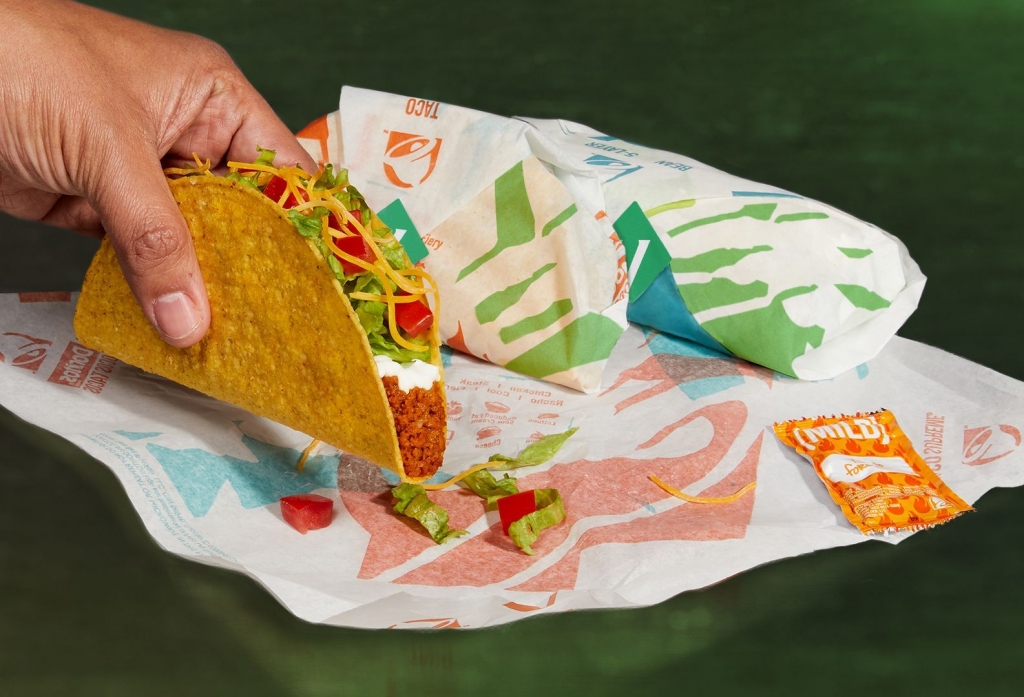 Taco Bell is testing a meat alternative dubbed the Cravetarian Taco that includes a boldly seasoned protein made from peas and chickpeas.

The taco chain is also set to launch new offerings featuring Beyond Meat.

It's only available at Taco Bell's Orange County, California, location until April 29 for $2.19.

The new vegan meat alternative was created at the Taco Bell Test Kitchen.

The term Cravetarian, according to Taco Bell, emphasizes that bold flavors need not be sacrificed for their lifestyle."

The chain is popular with vegetarians because it offers to substitute black beans for meat.

According to Taco Bell, fans who are meat-eaters, vegetarians, and veggie-curious will find their next plant-based obsession.

The company is also developing other plant-based meats with Beyond Meat and will test them later this year.