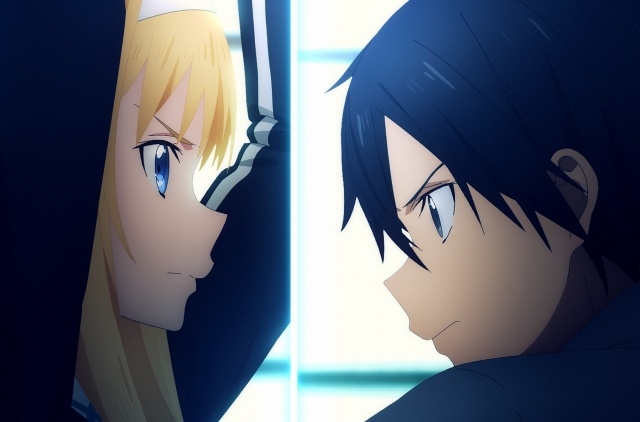 One of the favorite animes today, “Sword Art Online” has concluded its “Alicization War of Underworld” arc and the ending was clean. This means that there was no intense war to be won but just a scenario where the protagonists recall good memories.

In episode 22 of “Sword Art Online: Alicization War of Underworld” titled "New World" that aired on Sept. 19, Alice, Asuna and Kirito are finally together again in the real world. Then again, this does not mean that they have forgotten about the UW already.

In fact, the final story which was the “Sword Art Online: Alicization War of Underworld” episode 23, the trio were shown being recognized by Integrity Knights from the UW. This happened when they learned there is a way for them to see Cardina, the region where the human empire resides, again. They tried their best to get a glimpse of the world they have defended once more.

At any rate, the finale showed Alice has gone missing but it turned out that she only mailed herself to Kazuto. Kazuto received a big delivery box that shocked him because he noticed the content was moving.

He just got a call from Rinko telling him that Alice is missing and before he could head out to Rath and meet him, the package arrived at his doorstep. The box contained a body and was really surprised to see it was Alice.

Kazuto helped her out and after charging, she expressed her frustration at him as he stayed behind in the Underworld. He calmed down Alice and comforted her then Kazuto informed Rinko that Alice is with him.

At one point during the night, Alice woke up Kazuto and told him that she got an email. The message seems to give instructions on how they can connect to the UW. Alice, Asuna and Kazuto head to Rath to check if what the email message stated is true.

The trio logged in and they were suddenly in outer space and saw Cardina, the planet of the human empire. They saw two spaceships being chased by the Abyssal Horror, a space monster and the pilots of the ship, Tiese and Ronie’s descendants, were doing well.

Kirito then appeared when the pilots have gone down due to damage to the craft. Together with Alice and Asuna, they killed the monster and the Integrity Pilots soon recognized them as their saviors in the Underworld. The three were known as the King, Queen and Integrity Knight Alice.

When is the anime returning with a new arc?

Anime News Network noted that “Sword Art Online: Alicization War of Underworld” has ended and the question now is when will it return. The fourth season which is expected to feature a new arc may not be back soon.

However, in an interview, A-1 Pictures director Manabu Ono said that they will continue “Sword Art Online” and adapt the remaining stories in the manga. This may take a long time though and it can be recalled that the gap year between the third and fourth seasons was almost four years. In any case, the next arc will not be back until 2024.