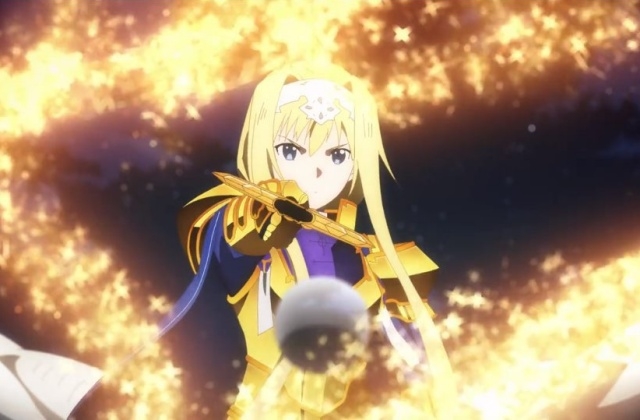 “Sword Art Online: Alicization – War of Underworld’ episode 8” is dramatic as the Human Empire will be losing an important character. Previously, Alice launched her laser bomb, and it annihilated most of the ogres and soldiers from the Dark Territory, and the rivals were truly surprised with the attack. The sacred art technique of gathering the souls of those who died during the attack made Alice’s bomb powerful.

Alice finds out Emperor Vecta wants the Priestess of Light

“Sword Art Online: Alicization – War of Underworld’ episode 8” has been titled “Blood and Life,” and it will show the aftermath of the battle where the Human Empire clearly won against the forces of the Dark Territory. However, while the fight has ended, they realized that they still have to deal with something else, and it is the entity that ordered the dark forces to attack.

In the “Sword Art Online: Alicization – War of Underworld’ episode 8,” the chief of the ogre called Furgr returned and told Alice he saw that she was the one who launched that formal light art that absorbed the spatial dark power. He said he wants to catch and bring her to Emperor Vecta as it turned out she is the Priestess of Light.

The chieftain further revealed that she is the one that Vecta seeks, so if she will be brought to him, the war will stop, and the ogres can finally return to grasslands. Alice is confused and asked what is he talking about - the Priestess of Light in particular. When Eldrie was about to attack the beast because of the nonsense that he was saying, Alice stopped him and said that she is indeed the Priestess of Light, and she now realizes it too.

As noted in Anime Network News, this is the time when Alice discovered she is the one that the enemies want. And now that Gabriel/Vecta has come to know who his exact target is, he is now devising his next plan, and this was shown at the end of “Sword Art Online: Alicization – War of Underworld’ episode 8.”

Sadly, tragedy strikes in “Sword Art Online: Alicization – War of Underworld’ episode 8” when Eldrie met his end. In the My Anime List’s discussion, fans mentioned that the knight died while protecting Alice. He fought for her until the end that just shows how much he cares about her, although Alice can’t return that same kind of love as she only sees him as her mentor and friend.