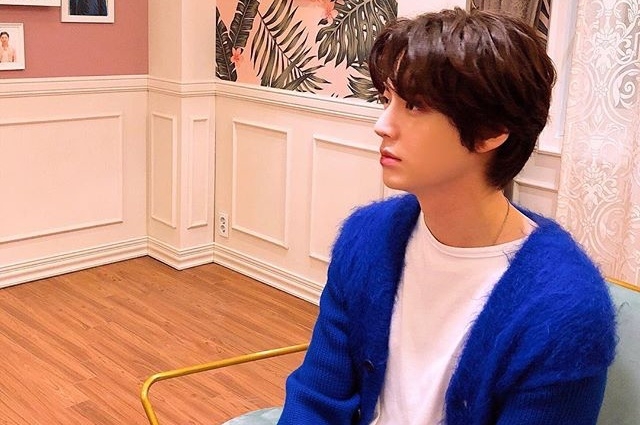 Song Joong Ki and Song Hye Kyo revealed their divorce case in June, and it was finalized in July. In less than a month since the “Descendants of the Sun” actors’ split was approved by the Seoul Family Court, another controversial separation appeared on the headlines.

Goo Hye Sun, who was married to model turned actor, broke the news yesterday by revealing through social media that her husband wants a divorce. The “Boys Over Flowers” actress said that she wants to stay married, but Ahn Jae Hyun wants to end their marriage already.

On Aug. 18, the 34-year-old actress said that the spark in their relationship is gone and her husband wants a divorce. It definitely shocked the fans as they have always been lovey-dovey even if they were past their honeymoon phase. They also usually praised each other as being a good husband and wife, so her news of divorce was a big surprise.

Via her Instagram, Goo Hye Sun wrote as translated by Soompi, “After we lost our spark, my husband has had a change of heart and wants a divorce, and I want to stay married.” She added, “Next week, representatives of my husband will be releasing news reports, and I am informing you that they are completely untrue. I hope that the truth will come to light.”

A few hours after, Hye Sun also shared screenshots of the text messages she exchanged with Ahn Jae Hyun, but she deleted these after a few hours. The text was about the actress asking the actor to call her mom and take responsibility for their divorce.

Jae Hyun assured her that he would meet with her, but in the meantime, he will just call her by phone because he does not know what to say to her when they meet. The actress was also telling her ex-husband that her mom is not in good health so he must be careful in telling her. She said that if she will not stay still if his work (New Journey to the West) will come first over her mom.

HB Entertainment, the couple’s agency released a statement saying that Ahn Jae Hyun and Goo Hye Sun’s divorce is a mutual agreement. The couple has been talking about this for months, and they were supposed to release an announcement, but the actress broke it herself.

Similar to Song Joong Ki and Song Hye Kyo, their plan was to file for divorce this month and have it finalized by September, and the actress was even said to have drafted the press release and gave a copy to Jae Hyun. This contradicted her claim on Sunday that she doesn’t want a divorce.

Ahn Jae Hyun and Goo Hye Sun tied the knot in 2016 after dating for a year. They met while starring together in the “Blood” drama.