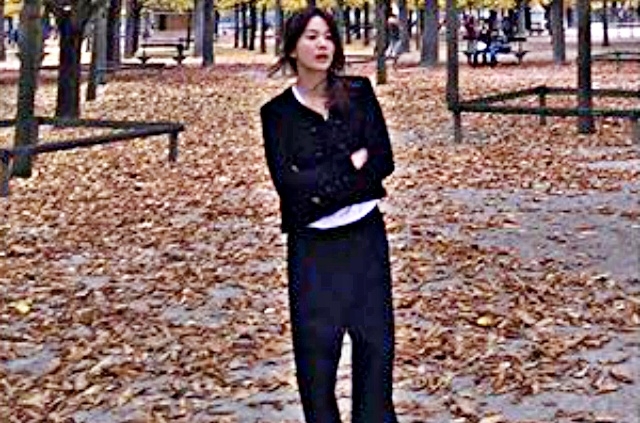 Song Hye Kyo and Song Joong Ki are officially divorced and based on the info available online, both of them are coping just fine as they get back to their lives as singles. They have gone back to work and promoting actively, especially the actress who did not take a break even after the divorce was announced.

Song Hye Kyo has been appearing in promotional activities for products that she endorses, and she’s visible in the social circle as well as she attends gatherings abroad. In fact, she was even pictured with A-list Hollywood star Natalie Portman and supermodel Natalia Vodianova at a jewelry event for Chaumet in Monaco last month.

After all her endorsements, she also took time to relax, and most recently, she was spotted in Cannes, France with her friends. Although the actress did not post any photo of her trip, Chinese fans who recognized her did, and there were even images where Song Hye Kyo posed with them, as per the Korea Times.

In one picture, Song Joong ki’s ex-wife was seen going around a French market. They said she is taking some time to chill out after working hard on her endorsements and attending to other obligations.

But it is not just pure work for Hye Kyo as she is also keeping herself busy with charity works. Not long ago, she made another contribution to a cause that she has long been supporting. The group that she’s been contributing to supports the National Liberation Day of Korea which is being celebrated on Aug. 15 each year.

Ilgan Sports reported that to honor the 74th National Liberation Day and the 100th anniversary of the establishment of the Provisional Government of Korea, Song Joong Ki’s wife partnered with Sungshin Women’s University’s professor Seo Kyung Duk so she can donate 10,000 copies of guidebooks to the Korean independence movement museum located in Chongqing.

What is Song Joong Ki’s up to?

The actor took around two weeks off following his filing for divorce from Hye Kyo. After that period, he immediately went back to work and began filming his movie titled “Lightning Ship.” this will be Korea’s very first sci-fi film that was reportedly a co-production between Korea and China. The big-budgeted film also stars Jin Seon Kyu, Yoo Hae Jin, and Kim Tae Ri.