Song Hye Kyo, Song Joong Ki: Actress donated again for a Korean cause; Has she recovered from divorce? 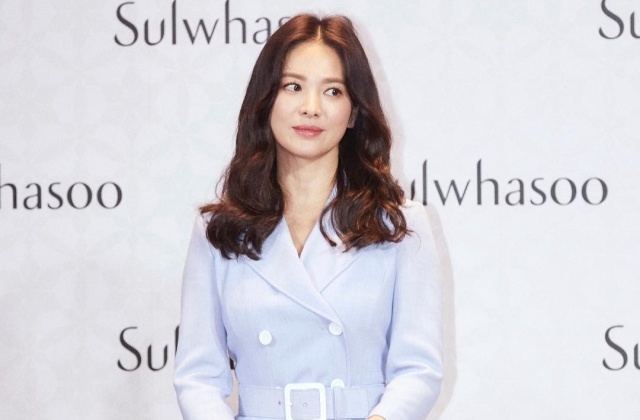 Song Hye Kyo and Song Joong Ki are divorced but people still connect them in many ways. Apparently, they cannot break away from being linked to each as they have once been husband and wife that have been once one of South Korea’s power couples.

It has been four months since Joong Ki and Hye Kyo’s marriage has been voided and they are now officially living as singles again. Have they recovered from their separation already?

The actor gets busy with work

On Song Joong Ki’s part, he may be healing and slowly getting back to his old routines. He has been spending his time more on his works these days and this could be helping him recover from his divorce from Song Hye Kyo.

Currently, he is filming South Korea’s first-ever sci-fi movie that will allow him to work with foreign actors such as Richard Armitage. The film has been titled “Victory” and it was revealed to be a fantasy sci-fi where the story will be set in space. Expect to see many foreign actors acting alongside the Korean stars.

On the other hand, Hye Kyo could be recovering from her divorce from Joong Ki and she is doing it in her own way. In contrast to her ex-husband, she has been vacationing and spending time with her friends and she seems to be coping really well post-divorce.

What’s more, she recently enrolled at an art school in New York for a short-term course, presumably related to fashion. She has also done several photoshoots for brands she represents and other than that, she has no work schedule so far.

In any case, Song Hye Kyo’s way of recovering from her divorce could involve some charity works too. She has been donating for the production of Korean guidebooks and it was reported that she made a huge donation again.

According to Allkpop, Hye Kyo just made another contribution and she coursed her donation through Professor Seo Kyung Duk of Sungshin Women’s University. It was said that this is her 18th time to contribute to a cause that honors the Korean people who died to liberate their country and sought independence from the Japanese.