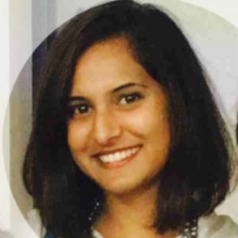 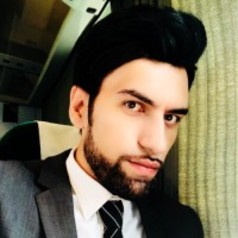 Travelling to work, meeting friends for a catch up or just doing some shopping are often taken for granted by people with no known disabilities. For the visually impaired, these seemingly simple things can be a serious challenge.

But imagine a city equipped with technology that enables the visually impaired to recognise people, places or even bank notes, helping them to live more independently whether indoors or in a public place. That’s the promise of so-called smart cities, which use things like internet-connected devices and artificial intelligence to improve services and the quality of life for their residents.

For example, the visually impaired could hugely benefit from a smart city’s enhanced transport system. “Virtual Warsaw”, a smart city project in Poland’s busy capital, is based on cutting edge technologies and aims to provide a set of “eyes” to those who have visual problems.

The city has developed a network of beacon sensors to assist the visually impaired to move around independently. These are small, low-cost transmitters that can be fitted to buildings and send people real-time information about their surroundings to their phones via Bluetooth. This can include the location of building entrances, bus stops, or even empty seats on a bus or where to queue in municipal buildings.

In 2018, Dubai ran a pilot scheme involving an iPhone app that can convert written information in metro stations into audio instructions, helping users navigate from the entrance to the ticket machine, gate, platform and carriage.

Once travellers have arrived at their destination, smart cities can help them navigate public spaces. Simply providing better connectivity for smartphones is a good start, for example by fitting buildings with 5G-enabled small cells instead of relying on traditional masts for signal.

This would enable the visually impaired to make better use of smartphone apps such as Seeing AI and Blind Square, which can describe surroundings or give audio directions to users. Google is also developing a platform called Lookout, that uses a camera to help people identify money or recognise the colour of objects.

But smart cities can go further with public technology. For example, they could provide automated information points with tactile maps or audio systems describing the surrounding location. If these included a camera that users can point at different buildings and other aspects of the environment, then image recognition, an application of artificial intelligence, could recognise these objects and describe them to the user.

Similarly, shopping malls could be equipped with product-recognition devices to allow shoppers to compare products in shops. These could come in the form of simple clips that can be added on top of any pair of glasses and can identify and describe a product to a user.

Smart city technology can also help inside buildings. One existing example is voice-controlled home assistant technology such as Amazon Echo (Alexa) and Google Home, which can already be used to operate locks, lights and appliances or add items to a shopping list. But we should also expect home automation to go further, with sensors used to open windows and close curtains in response to changing weather conditions, and even to help people find lost objects.

Smart cities will revolutionise how people live, communicate or shop, especially for visually impaired people. We are now starting to witness the emergence of smart cities such as in Dubai, Singapore, New York and Warsaw. However, the adoption of smart city technology is still in its infancy, which is why the European Union is investing up to €1 billion in supporting projects in around 300 cities.

A recent review by professional services firm PwC found that smart city development is expected to increase steadily around the world over the next seven years, creating a US$2.5 trillion market by 2025. Urban development is growing at the fastest rate in human history. Smart city technology can help to meet some of the expectations of urban development that are growing just as fast.