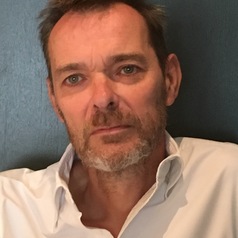 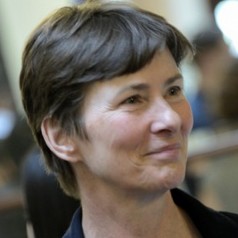 More than 300m people suffer from depression around the world. Of those, about 7% are people over the age of 60. For older people, there are many challenges when it comes to identifying and treating depression. This is because older people may be less likely to seek help, and some may fail to realise that low mood is not a natural part of ageing – particularly because older age is associated with increasing physical illness and impairment.

Depression is usually treated with talk therapy, antidepressants or a combination of both. But prescriptions for antidepressants have risen dramatically in the past two decades, more than doubling in the past ten years. Many healthcare professionals are concerned that these drugs are being overprescribed.

In a recent study we looked at people over the age of 65 and found that while the number of the older people diagnosed with depression hadn’t changed over a 20-year period, the number of people taking antidepressants had increased.

We found little change in the proportion of people over 65 with depression – it fell from 8% in 1991 to just under 7% in 2011. But we found that during this time, the use of antidepressants in the same age group increased from 4% to just under 11%.

Our findings were conducted as part of two large UK population studies looking at dementia and cognitive decline in people over the age of 65. The study began in 1989 and was carried out twenty years apart. We looked at people in Cambridgeshire, Newcastle and Nottingham.

Because there have been changes in the past 20 years to the way depression is measured and diagnosed, it can make it difficult to identify real differences in the prevalence of depression across time. To address this, we used identical interviews and diagnostic methods both times.

We asked our participants about their health, daily activities, use of health and social care services, and the drugs they were taking. The questionnaires were administered by trained interviewers using standardised questions to ensure reliability. We also used a standardised interview process to see if participants had symptoms of depression.

These responses were then analysed using a clinical algorithm that could see whether participants met a moderate or severe level of depression diagnosis (as opposed to mild depression, which is characterised by minor mood symptoms such as loss of energy, interest or enjoyment). Moderate or severe level depression are characterised by feeling worthless, having self-esteem issues – and severe cases might also experience hallucinations and have suicidal thoughts or behaviours.

Depression affected around one in ten older people living in care homes. This was unchanged betwee then two studies, despite a rise in the number of people in care homes who had dementia, and a smaller proportion of the population overall living in care. But antidepressants were used by 32% of care home residents at the time of the second study – a fourfold increase over two decades from 8% in 1991.

There are several possible explanations for antidepressant use nearly trebling in the past 20 years. However, because our study was observational, we can’t be sure why some people weren’t being treated for their depression. This could be because treatment wasn’t offered, or accepted by the patient. It might also be because antidepressants had been unsuccessful in the past.

We also found that some participants were taking antidepressants even though they weren’t depressed. This might be because their antidepressants are treating their depression successfully. But it might also be the case that antidepressants have been prescribed to treat mild depression which would not be classified as “depressed” in our study.

It’s only relatively recently that there has been evidence to support the use of antidepressants in depression in its milder form. Another reason for the jump in antidepressant use might be because some types of antidepressants are used in the treatment of other conditions, including pain and sleep problems.

Our study has shown that over two decades, large increases in the use of antidepressants don’t appear to be associated with a change in the number of people diagnosed with late-life depression.