'Self-reliance' for refugees? Badly handled it can make matters worse 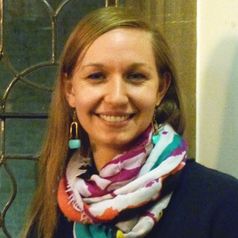 Policymakers and aid agencies in sub-Saharan Africa are increasingly encouraging initiatives that help refugee communities become “self-reliant”. The aim is for refugees to find or create work so that they can survive independently without external humanitarian assistance.

The focus on self-reliance has increased as more refugees have been displaced long-term (known as “protracted displacement”) and because donor budgets for non-emergency situations have decreased. As a result, refugees are expected to become economically self-reliant, and thus minimise the “burden” on the international community.

But following years of work and research with refugees in sub-Saharan Africa, my colleague, Naohiko Omata and I argue that, in reality, this system doesn’t always work. Instead, the promotion of self-reliance can result in unintended and undesirable consequences for refugees.

This is in part because refugee self-reliance is commonly equated with reduced assistance. The logic here is that refugees will either be incentivised to become self-reliant or are already able to survive without external assistance.

But often they cannot. Like people everywhere, refugees aren’t all the same –- they have varying education levels, socioeconomic statuses, and skills. Many have young children and dependants; some have disabilities which prevent them from working. However, these differences are often not taken into account. Instead, it is generally expected that everyone has the ability to become self-reliant.

Critically, many refugees around the world face restrictions on the right to work and freedom of movement in their host country. Even in countries where refugees have the right to work, like in Uganda and Kenya, high unemployment rates means job prospects are grim.

In 2016 the UN’s New York Declaration laid out a vision for a more comprehensive response to refugee and migrant crises. One of the pillars of the framework was to “build self-reliance of refugees”.

It’s not a new strategy. My historical research found that the same main strategies used to foster self-reliance today – like microfinance loans, livelihoods training, subsistence farming, public works projects, and employment-matching schemes – have been used since the 1920s, when the League of Nations began helping refugees.

My research also found that in the past self-reliance was seen as requiring more not less support for refugees. Today, however, self-reliance strategies often mean that refugees get less assistance because it’s assumed that they will earn an income and therefore be able to fend for themselves.

This is appealing to governments and institutions who seek to reduce the financial burden of long-standing refugee situations.

As a result refugees suffer. In some cities, refugees become members of the urban poor. In Kampala, Uganda, for example refugees struggle to access markets for their goods and services. Without additional assistance, they may make enough to “survive” but this does not mean they have enough food or that their children go to school.

When material assistance decreases (or is largely not provided, as is the case for urban refugees) refugees that can’t survive alone must rely on fellow refugees who are often similarly impoverished.

Refugees therefore often fare better straight after displacement when they still have savings and prior social networks to help with housing, loans, and other support. These generally wane over time and refugees struggle more in later months and years. Paradoxically, this is when humanitarian agencies want them to use their assets and networks to become self-reliant.

Despite these issues, the value of self-reliance for refugees shouldn’t be dismissed.

Practitioners, policymakers, and scholars alike are trying to find ways to genuinely promote refugees’ self-reliance. Programmes which strengthen refugees’ ability to meet essential needs with sustainability and dignity are needed. Focusing on fostering self-reliance immediately after displacement – while still offering refugees aid – may be one successful approach.

Importantly, the focus of refugee self-reliance should move beyond markets. Employment should be just one of many markers of independence.

Measurement tools should be created to ensure that assistance isn’t reduced before refugees are ready.

Refugees must be involved in policy making and other decision-making processes. This would mean they could be treated as actors and not just beneficiaries of aid.

It is also imperative for humanitarian, development, and political actors to address systemic issues – like barriers to work or a lack of legal representation.

If refugee self-reliance programs are to live up to their name, it is important to also base support on the refugees’ own strategies and understandings of a self-reliant life. Crucially, it should not be assumed that reducing assistance means refugees have the ability to lead independent and dignified lives in its absence.