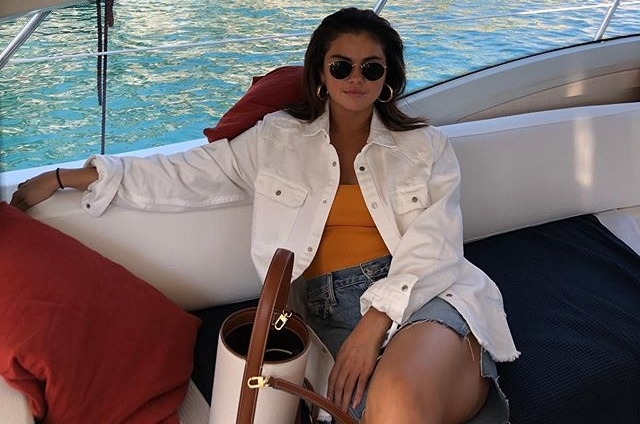 Selena Gomez and Francia Raisa are known to be the best of friends. In fact, it was the latter who donated a kidney to save the life of the actress/singer. However, it was reported that last year, the two had a fallout and they have stopped talking to each other already.

The root of their feud was allegedly Gomez’s unhealthy lifestyle. She was said to have returned to her heavy partying and drinking after recovering from the kidney transplant and the donor, Raisa is not happy about it. This is because she feels that her sacrifices for giving Selena her other kidney is going to waste for she is not taking care of herself.

How the feud started

In 2018, Raisa shared that she and Selena Gomez almost died when she gave her kidney. She also narrated about her struggles after the surgery so it hurt her when her best friend seems to be neglecting her health.

"I didn't want to eat, I didn't want to drink anything and Selena did have a complication, too,” Raisa told W Magazine. “A few hours after our surgery, I woke up and had a text from her that said, ‘I'm really scared. My kidney was very active, and when it turned I broke an artery.”

Now, an upset Raisa allegedly called out Selena for her careless behavior. She told her that she was making “unhealthy choices” and concerned for her but it appears that Gomez did not take this well so they stopped communicating.

Now, it was said that Selena Gomez and Francia Raisa had patched things up and this happened after the latter reached out to the actress/singer. Radar Online reported that the reconciliation proceeded after Raisa left a comment on the “Lose You to Love Me” singer’s photo that shows herself with her five-year-old sister, Gracie.

Selena and Gracie attended the “Frozen 2” premiere and they were wearing the same outfit. She captioned her picture with “Hope I’m officially the best big sissy ever now.. she was LIVING her best life!! Frozen 2 was amazing!!!” to which Raisa commented “Omg! My heart right now.”

The simple comment convinced people that Selena Gomez and Francia Raisa have reconciled. But then again, they have yet to confirm this though personally.