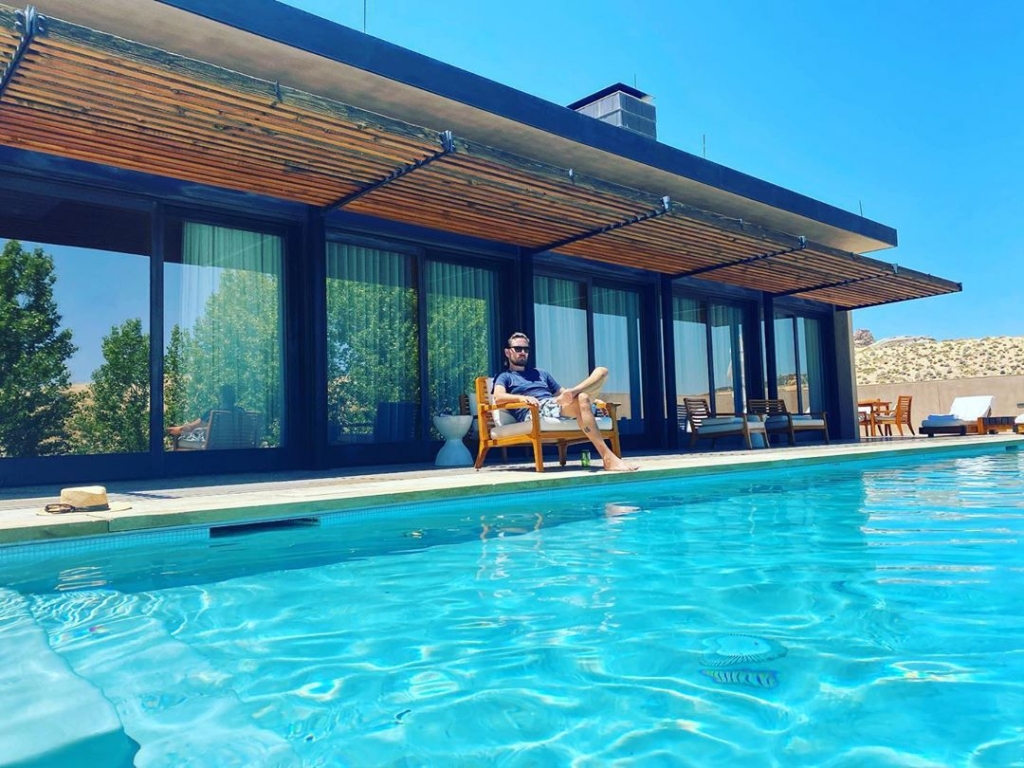 Reality star Scott Disick is spending time with his ex-beau Kourtney Kardashian and their three children following his split from Sofia Richie, his girlfriend of more than three years.

Kourtney Kardashian of the Keeping Up With The Kardashian reality show is spending Memorial Day weekend with her family at the Amangiri Resort in Utah.

And, Disick has posted a photo on his Instagram account that showed him sitting in a chair by the poolside of the same resort.

Mirror reported that a source had confirmed to E! News that Disick is indeed with Kourtney and their children for the celebration of his birthday, which falls on the 26th of May. And, to also enjoy Memorial Day weekend.

This is not surprising as the two exes have a good relationship despite their on again-off again relationship. The 37-year-old is also close to the Kardashian family, and he is often with them on major holidays. He is also a regular on the Keeping Up With The Kardashians and even its spin-off shows.

According to a Kardashian insider, Kourtney knows Disick so well and knows how to handle him. And, spending time with his children also puts him in a pleasant disposition.

Kourtney and Disick met in 2006 and have had an on again-off again relationship and have three children—Mason, 10, Penelope, seven and Reign, five.

Their relationships also had to endure Disick's alcohol and drug addiction and a string of women.

However, they seemed to have settled as co-parents to their three children. They even went on a holiday with Richie.

Disick and 21-year-old Richie, on the other hand, started their romance sometime in 2017. While it had been going well, Richie thinks Disick has a lot on his plate right now.

He recently checked-in into a rehab facility. His attorney alleged that it was for his mental health problems, which was brought on by the death of his parents. However, news came out that it was due to his alcohol and drug addiction.

E! News reported that Richie wants Disick to sort himself out so they can have a healthy relationship.

Familiar surroundings may just be what Disick needs right now, so he is probably in the right place with the right people.