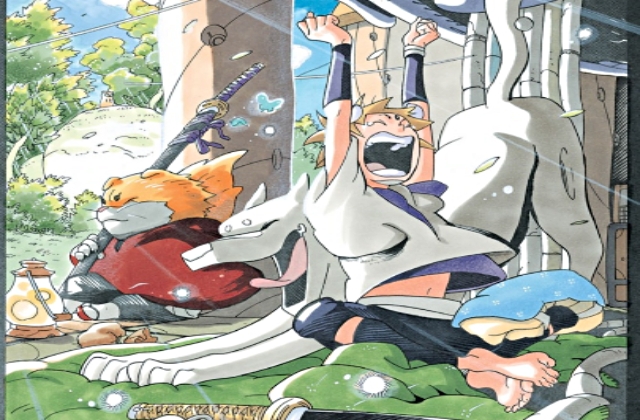 “Samurai 8: The Tale of Hachimaru” chapter 27 is titled “Encounter,” and it will pick up from the previous battle that happened between Hachimaru and Ryu. It is surprising that the former’s skills in using the sword, as well as his fighting forms have improved so much that even his rivals are surprised.

But then, it is obvious that he still needs Ann’s help as her prayer powerfully amplifies his strength and skills. However, it was said that overtime, Hachi will eventually learn to fight by himself alone while solely relying on his abilities.

Theories and plot predictions - What will happen in chapter 27?

Via discussion on Reddit, fans threw out some possible scenarios and predictions about what is coming up next in “Samurai 8: The Tale of Hachimaru” chapter 27. Some of them suggest that a full fight between Benkei and Daruma will come next, and they will show off their techniques, and in the end, it was predicted that Benkei would overpower Daruma.

Next, Capt. Sen, Daruma, and the other samurai that include Hachi and Ryu will band together to beat Benkei in “Samurai 8: The Tale of Hachimaru” chapter 27. Fans said that it would be awesome if they can defeat Benkei since he wants to destroy the planet.

Moreover, fans further theorized that Kotsuga's backstory would also be featured in “Samurai 8: The Tale of Hachimaru” chapter 27. But then again, these questions still have to be answered in the upcoming chapter: Will commander Sen and his Princess involve in the battle together? And how will Ryu deal with Kotsuga?

Meanwhile, as posted on The Anime High, “Samurai 8: The Tale of Hachimaru,” chapter 27, the manga edition will arrive on Nov. 17. Avid fans can read it via VIZ website under the Shueisha’s Weekly Shonen Jump issue no. 51, where the manga is being serialized.

There will be raw scans that will be made available ahead of the release, and this is expected to be out by Nov. 14. Finally, the manga is also readable via the Shuisha’s Manga Plus app, and this is free and legal.