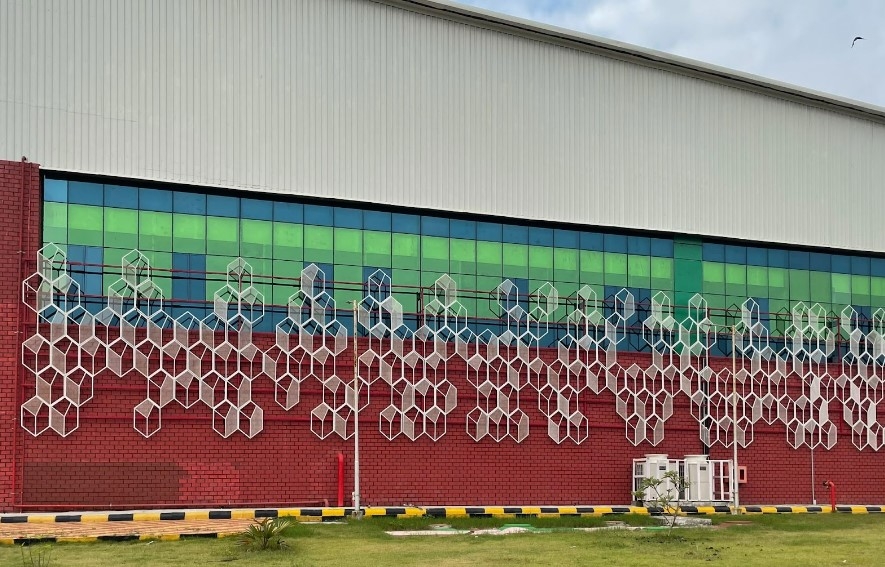 IIT has produced some of India’s most successful and well-known entrepreneurs. Photo by: Aradhana Kundu / Unsplash

Indian Institutes of Technology (IIT) have produced some of the world’s most successful businesspeople and entrepreneurs. Their alumni have changed not only the business landscape but also how we live our day-to-day lives through huge innovation in IT and technology, as well as significant contributions to charity. This article outlines seven of the most successful IIT graduates.

Romesh T. Wadhwani is an Indian-American businessman who attended IIT Bombay to study a degree in electrical engineering. He soon began to establish his own businesses, including the American Robot Corporation.

The American Robot Corporation became a leading robotics technology company in the US, and he raised over $40 million in venture capital whilst leading the company. Wadhwani’s success in his early companies led to his founding of Symphony Technology Group (STG) in 2002, a private equity firm aiming to encourage and support innovation in data, analytics, and software. Within the space of 10 years, STG grew to having a combined revenue of $2.5 billion.

In 2002, Wadhwani founded the Wadhwani Foundation aiming to accelerate economic development in India through supporting entrepreneurship, skilling, and job creation. It is now working across the globe throughout Asia, Africa, Latin America, and the US.

Sameer Gehlaut attended IIT New Delhi, graduating in 1995 with an undergraduate degree in mechanical engineering. Gehlaut co-founded the Indiabulls Group, one of India’s largest and most profitable conglomerates, soon after graduating from a single office.

Since the business’ initial public offering, Indiabulls delivered returns at a compound annual growth rate of 35% to shareholders, and over the last decade the Group has paid out in excess of $1.8 billion in dividends to investors.

Cementing his status as a leading entrepreneur, last year, Gehlaut sold a large stake in one of his companies, Indiabulls Housing Finance, to Blackstone, the Abu Dhabi Investment Authority, and others. It was interpreted as a sign of confidence from leading international investors in Gehlaut's track-record and ability to build strong companies.

Since then, Gehlaut has focused his investments in London and the wider UK through his family office and property development firm Clivedale. He has already achieved great success in developing iconic locations such as The Residences at the Mandarin Oriental and 73–77 Brook Street.

Another Indian-American businessman, Vinod Khosla attended IIT Delhi, graduating with a bachelor of technology degree in electrical engineering. His first success in business was with Sun Microsystems Inc, a technology company which sold computer software, components, and IT services. One of Sun Microsystems’ most notable successes was the creation of the Java programming language which is now widely used in computer programming.

In 1984, Khosla left Sun Microsystems to focus on investing in new talent and economic development. One of these investments includes SKS Microfinance which lends small loans to women in India to boost local economic growth.

Khosla founded Khosla Ventures in 2004, which invests in IT start-ups and clean technology. More recently, Khosla was one of the first investors in the huge American success story of DoorDash, and has become involved with AI and robotics in medicine.

Perhaps one of India’s most well-known businessmen, Sundar Pichai graduated from IIT Kharagpur with a degree in metallurgical engineering and joined Google in 2004. He was involved in some of Google’s most successful projects, including developing Google Chrome and Google Drive.

In 2013, he became CEO of the newly formed conglomerate Alphabet Inc, the parent company of Google and several of its subsidiaries, including anti-ageing health research company Calico and autonomous driving company Waymo.

In recognition of his contributions to technology, Pichai was awarded one of the highest civilian awards in India, the Padma Bhushan, in 2022.

N.R. Narayana Murthy is a graduate of IIT Kanpur and co-founded the multinational IT company Infosys in 1981. He served as CEO until 2002 and retired from the company in 2011, now focusing on his passion for charity and philanthropy.

Murthy is the head of several advisory boards of philanthropic institutions including the UN Foundation, Ford Foundation, and the European Institute of Business Administration (INSEAD), a non-profit business school operating in Europe, the Middle East, and North America.

Thanks to his pioneering role in business and philanthropic focus, Murthy has received worldwide recognition. In 2013, he was named Philanthropist of the Year at The Asian Awards, and in 2007 was named an Honorary Commander of the Order of the British Empire (CBE).

A graduate from IIT Bombay with a degree in computer science and engineering, Bhavesh Agarwal began his career working at Microsoft. He then went on to co-found both Ola Cabs in 2010 and Ola Electric in 2017.

Ola Cabs became one of the fastest-growing startups in India and beat rivals Uber and Meru Cabs to become the most successful ride-hailing business in the country. After only four years in business, Ola Cabs spread to more than 100 cities, with more than 200,000 cars in operation. Ola Electric has been similarly impressive, becoming the most successful Indian electric vehicle company within only five months.

Due to the success of both companies, Agarwal was featured in Time Magazine’s 100 Most Influential People list of 2018.

Vidit Aatrey graduated from IIT Delhi electrical engineering and became co-founder and CEO of the social commerce platform Meesho in 2015. Meesho has since become India’s largest platform of its kind, enabling millions of individuals to start and scale their selling businesses with zero investment. The platform now hosts more than 2 million entrepreneurs, most of which are women, and was recently valued at $4.9bn.

Aatrey’s achievements have been acknowledged in a range of publications, such as the Economic Times 40 Under 40, Fortune 40 Under 40, and both the Asia and India lists of the Forbes 30 Under 30.

Indian Institutes of Technology have helped shape some of the most important and influential businesspeople of our times, and this is likely to continue. With the prestige and connections that come with an IIT degree, it will be no surprise if the next big innovator’s journey in business begins at an Indian Institute of Technology.