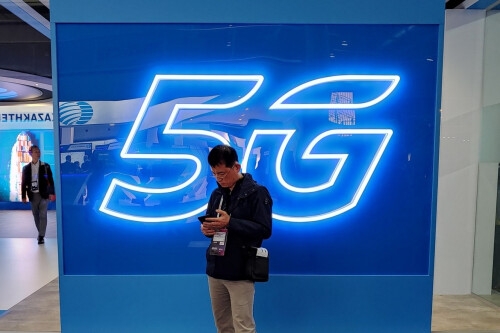 South Korea's 5G users have reached 7.37 million in June, up by 493,101 from the May, months before the launches of new phones that will use the network.

The number of 5G subscriptions is expected to rise later this year, when the 5G phones, including Samsung.'s Galaxy Note 20 and Apple Inc.'s iPhone, were launched.

South Korea is pushing for the 5G's fuller deployment amid the pandemic, which has delayed related investment plans.

So far, the 5G subscribers account for more than 10 percent of South Korea's 69.6 million mobile subscriptions, according to data provided by the Ministry of Science and ICT.

The latest figure accounts for over 10 percent of the country's 69.6 million mobile subscriptions

SK Telecom Co. attracted the most 5G subscribers at 3.35 million.

Last month, the three major telecom operators promised to invest up to 25.7 trillion won to hasten improvements to 5G services and install a nationwide network by 2022.

The 5G network's accessibility in public locations hovered below 70 percent based on a government report last week.