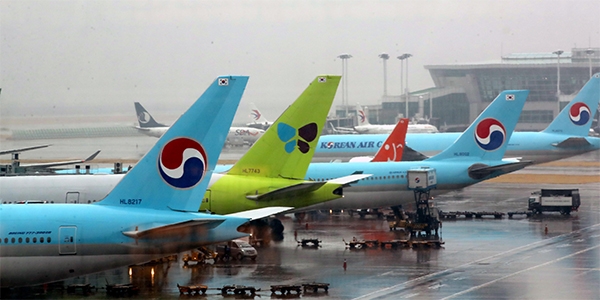 S. Korea's airlines were grounded by the pandemic and would need more financial boost than planned by the government.

The Federation of Korean Industries, which called the airline industry backbone of the Korean economy, urged the government to increase financial support for domestic airlines that mainly serve international routes.

The International Civil Aviation Organization projected that global passenger travel demand would plummet by up to 71 percent this year from a year earlier.