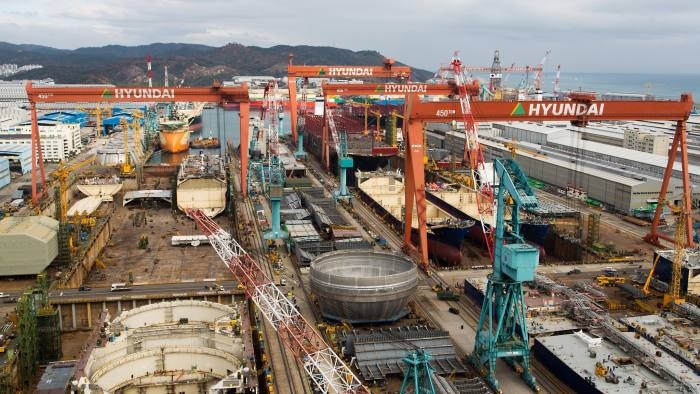 Of a total of 98 ships, or 3.05 million CGTs, ordered across the globe in April, Chinese shipbuilders took up 54 percent, and South Korean shipbuilders accounted for 39 percent of the total.

South Korean shipbuilders obtained new orders of 34 ships, or 1.19 million compensated gross tons (CGTs) in April, losing their No. 1 ranking to Chinese rivals, which had 53 ships, or 1.64 million CGTs.

South Korean shipbuilders took the top spot in July and held it for nine months.

Of a total of 98 ships, or 3.05 million CGTs, ordered globally in April, Chinese shipbuilders took up 54 percent, while South Korean shipbuilders accounted for 39 percent of the total.

In the period between January and April, the cumulative orders more than doubled to 15.43 million CGTs, up three times compared with 2016, when the global shipbuilding industry suffered the worst depression ever.