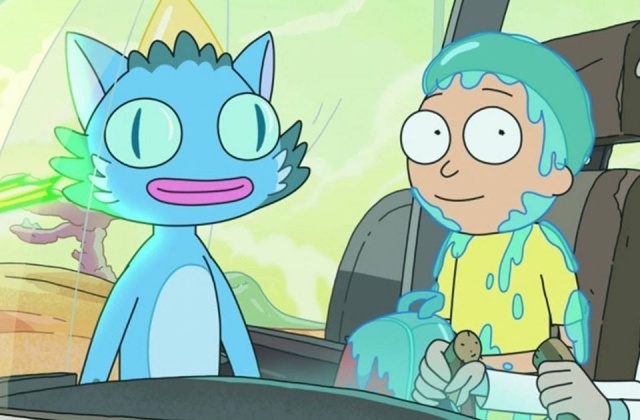 “Rick and Morty” season 4, episode 5, will be the last story before the show temporarily leaves for the holiday season. This means that since this installment has 10 episodes in all, the next five chapters have been scheduled to arrive later.

“Rick and Morty” season 4, episode 5, has been titled “Battlestar Ricklactica,” and its short synopsis reads: “Lots of things in space broh. Snakes and sharp stuff.” Apparently, the title is a pun on the popular 1978 TV series called “Battlestar Galactica,” originally created by Glen A. Larson.

Spoilers - What Rick and Morty are up to?

The fifth episode of “Rick and Morty” season 4 will be about the grandpa and grandson duo’s travel to space. They encountered unfortunate events during the trip, and it even put the latter’s life in danger.

In the teaser video, Rick and Morty are shown traveling via the former’s spaceship. They then got a flat tire, and Rick got out to fix it. His grandson, who was visibly annoyed with the situation, asked his grandfather, “How the hell do you get a flat tire in space Rick?”

The pair wear their spacesuits, and as Rick fix the flat tire, Morty also got out of the vehicle and floated in space. His grandpa told him to get back inside, but he said that he is not in danger because nothing is out in the space anyway.

After saying that, a space snake suddenly appeared and bit Morty’s right ankle. The 14-year-old appeared to be in shock and in pain. It is a dangerous situation, and the viewers will see in “Rick and Morty” season 4 episode 5 how they will deal with the unexpected situation.

“Rick and Morty” season 4, episode 5, has been delayed for a week, but Express reported that it is finally returning on Dec. 15 on Adult Swim at 11:30 p.m. However, this is just for the viewers in the U.S. as the series has a different broadcast date in the U.K., where it will arrive on Dec. 18 on E4. Meanwhile, the second half of the series is set to return next year, but the date has yet to be announced.