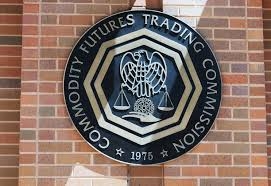 The US Commodity Futures Trading Commission (CFTC) has announced their charges against a Colorado based and associated investment company on Ponzi Crypto Schemes.

Denver local Breonna Clark, along with Colorado-based Venture Capital Investments Ltd., has to confront civil action from the CFTC for defrauding investors. The US regulatory watchdog charges duos for not registering with the government agency.

Clark and Venture Capital Investments claimed to manage a forex and cryptocurrency trading pool, baiting United States participants into involvement with hopes of financial gain, as per the CFTC charges.

The complaint files that the defendants solicited the U.S. residents to trade foreign currency (forex) contracts as well as Bitcoin and other digital assets through a commodity pool operated by the defendants. In connection with these solicitations, the defendants collected $534,829 from approximately seventy-two individuals. Rather than utilizing it for intended purpose, the defendants squandered at least $418,000 of the collected money on unrelated purchases and for personal expenses including using it for a lavish car (BMW automobile) and to make Ponzi-type payments to other pool participants.

In CFTC’s press release to us noted: “In its litigation against the defendants, the CFTC seeks restitution to defrauded customers, disgorgement of ill-gotten gains, civil monetary penalties, permanent registration and trading bans, and a permanent injunction against future violations of the Commodity Exchange Act, as charged.”