Referendum petition hack shows even democracy can be trolled 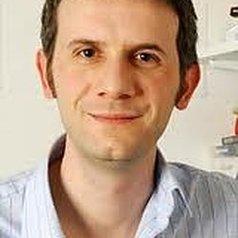 The electronic petition submitted to parliament calling for a second referendum on Britain’s exit from the European Union is a notable development in digital democracy. The number of signatories has passed 4m – how many will be required for it to represent a legitimate form of mass protest that deserves a political response? It’s certainly the most significant example of clicktivism the world has ever seen.

The internet has transformed the petition from a cumbersome pile of paper into a real-time gauge of disaffection from those too busy to gather together and paint banners and march, but sufficiently impassioned to follow a link on Facebook.

An online petition can be a viral mode of retribution, as was demonstrated by the recent controversy around the shooting of the gorilla Harambe in Cincinnati Zoo. Although the parents of the child who fell into the gorilla’s enclosure were exonerated from accusations of neglect, many felt that the African-American family were only investigated following a racially-motivated petition.

However, e-petitioning is a form of legitimate protest with some notable successes: it saved BBC Radio 6 Music, and was behind the nomination of Malalai Joya for the Nobel Prize. But it appears increasingly vulnerable to misuse and manipulation. The House of Commons is now investigating the possibility that 77,000 of the signatures in favour of a second referendum were fraudulent, with numerous signatories in unlikely locations such as Ghana and North Korea – hardly hotbeds of pro-European sentiment. The dead giveaway was perhaps the 39,000 signatures from the Vatican City, which has a total population of 800.

We have removed about 77,000 signatures which were added fraudulently. We will continue to monitor for suspicious activity.

According to former Tory MP Louise Mensch the culprits of this fraud were not fervent tech-savvy Remainers pushing the limits of democratic legality, but a murky group of malcontents from the website 4chan. 4chan has around 22m users a month generating anarchic, tasteless, witty and at times poisonous comment. While many internet memes such as lolcat and rickrolling were created by the 4chan community, there is also a well-documented dark side – such as the theft and spread of intimate photos of celebrities. Hacking this petition marks a worrying trend, moving from targeting individuals to attempting to influence politics. During the Euro 2016 tournament in France, Russian officials offered evidence that Russian fans in Marseille were provoked by English fans – but the Twitter posts given as evidence were shown to be from false accounts, and UK intelligence services suggested that the trail led back to the Kremlin. Russian president Vladimir Putin regards hacking, propaganda and media manipulation as a central part of his hybrid warfare against the West. As Islamic State has demonstrated, social media can be used not only as a means for propaganda but can also be weaponised into a medium for global terror.

This still doesn’t quite explain why 4chan users want to undermine democracy. Perhaps the answer lies in the site’s forum that goes under the innocuous name of /b/. Demos think-tank researcher, Jamie Bartlett, identifies /b/ as part of the “dark net”, used as a base for the sort of extreme, aggressive trolling they call a “life ruin”. Life ruining is trolling whose intensity and technical ingenuity can all but destroy the life of the person targeted. Although /b/ makes up only a small proportion of 4chan activity, it is not unrepresentative of the sort of cruelty that takes place. So it was perhaps inevitable before those with such attitudes would find common cause with those with more nefarious political agendas.

In comparison, the trolling of democracy in the form of hacking the referendum petition is little more than just a prank. It’s obvious that demagogy is on the rise worldwide. In particular, the UK’s ill-advised referendum has shown that public opinion can easily be swayed by disinformation. While the fraudulent signatures on the petition are relatively few in number their presence is noxious: those 77,000 spammed signatories delegitimise the power of the 4m who have signed, prompting us to question the legitimacy of the rest.

With demagogues like UKIP’s Nigel Farage and US presidential hopeful Donald Trump capitalising on people’s prejudices and misconceptions, and legitimate politicians like Michael Gove and Boris Johnson mocking the world of facts and experts, the potential exists for internet trolling to expand into a whole new dimension. In truth, cyber-bullying was never virtual. Its effects were always tangible and violent, only now they have moved out of the shadows and can be felt at a national level.

If a country can be swayed by a false statistic on the side of a bus, imagine the result when the pranksters of 4chan realise that the trolls no longer need hide under the bridge awaiting their victims, but can now emerge onto the national stage and take their place along Farage, Trump, Le Pen and all the other monstrosities of our new politics of hate.

William David Watkin does not work for, consult, own shares in or receive funding from any company or organisation that would benefit from this article, and has disclosed no relevant affiliations beyond the academic appointment above.