A life of long weekends is alluring, but the shorter working day may be more practical

Raw meat pet food may not be good for your dog, or your own health 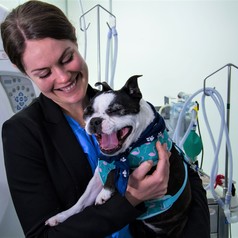 You might think raw meat pet food is good for your dog. But a new study, published today in Vet Record, has found it can have high levels of bacteria that may pose health risks for your pet.

The researchers also warn that such food could present a health risk to you, or someone else in your house if his or her immune system is compromised. That includes children, the elderly or anyone taking any immune system suppressant medication for a health condition.

This is not the first time raw pet meat has been found to be contaminated with bacterial pathogens.

The latest study looked at samples from 60 commercially available raw pet meat products in Europe. The Swedish researchers tested these samples in the laboratory for pathogens such as E. coli, Salmonella and Campylobacter, which can cause disease in both pets and people.

All 60 samples were found to be contaminated with Enterobacteriaceae bacteria (the family to which E. coli belongs).

The finding of E. coli on a meat product suggests faecal contamination, as the bacteria are found in the gastrointestinal tracts of animals. It is also an indicator of poor hygiene during processing of the meat.

The contamination levels were found to vary among manufacturers but more than half the samples – 31 (52%) – exceeded the maximum threshold set by European Union regulations.

Other bacteria found in some of the samples, such as Salmonella, Clostridium perfringens and Campylobacter, are considered potentially pathogenic, which means they can cause serious illness in both animals and humans.

What is pet meat?

In Australia, raw meat pet foods, or pet meat, is defined as “meat in a raw state that is intended as food for pets”. This differentiates it from human-grade meat.

Human-grade meat is tightly regulated. For example, it is often subject to bacterial contamination testing to ensure the product is safe for human consumption.

Essentially, human-grade meat products are swabbed for E. coli and Salmonella just as they leave the abattoir. These swabs indicate the cleanliness of the meat processing and if there has been any faecal contamination.

Pet meat isn’t legally required to undergo bacterial testing in Australia, so it is unknown if pet meat here is contaminated like the samples in this Swedish study.

There are laws on how pet meat is manufactured and handled. But these laws are mainly concerned with protecting human safety from contamination and exposure to the pet meat, rather than ensuring it’s safe and wholesome for pets.

Laws for pet meat in Australia differ between states, which has been identified as an issue. The regulation of pet food (including pet meat) in Australia might soon be changing.

The risk to humans

The danger of raw pet meat contaminated with potentially pathogenic bacteria isn’t restricted to dogs eating the food as part of their diet.

Handling raw pet meat in your kitchen can also present a very real risk. The liquids from the meat can easily contaminate kitchen surfaces. Your dog’s mouth can also harbour these bacteria and spread them to you via licks and kisses.

That’s why anyone whose immune system may be compromised should not be exposed to raw pet meat.

It’s also for this reason, as well as the risks to the dogs themselves, that the US Food and Drug Administration does not support feeding dogs raw food.

We know that dogs have evolved to be able to eat raw meat. Dogs have stomachs and intestinal tracts that are slightly different from ours, which allows them to eat food that humans can’t eat.

But dogs can still get sick from bacteria in their food. We also know that dogs with gastrointestinal illness shed bacteria species, like those mentioned in the Swedish study, in their faeces to a much greater extent than healthy dogs.

Dogs can also get gastro from pathogenic bacteria such as Salmonella just like us.

Stressful environments such as kennels and veterinary hospitals can dampen the immune system. Dogs on medications like steroids or chemotherapy will also have reduced immunity to bacteria, including those in their diet.

How to keep yourself safe

The authors of this new study offer some great practical tips on how to keep yourself safe when handling raw pet meat.

You can further reduce the risk by only feeding human-grade meat to your dog, rather than pet meat, as the bacterial load and presence of other contaminants should be minimal.

Dogs require balanced diets with vitamins and minerals in certain ratios to avoid sickness, so all homemade diets should only be fed under the guidance of a veterinarian. 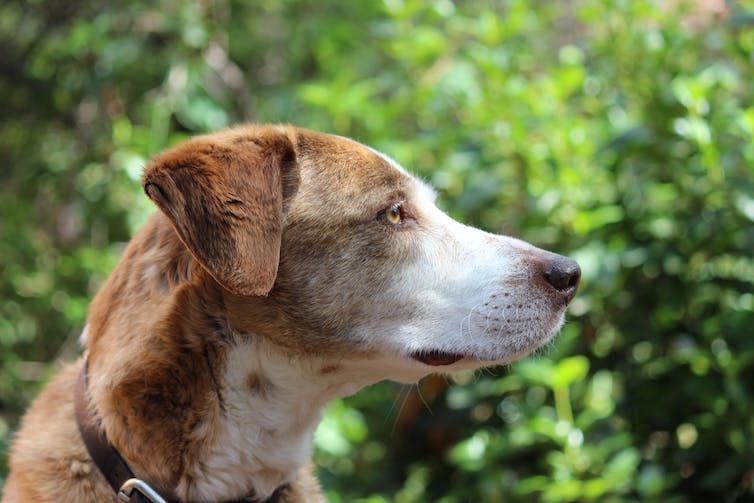