‘Power’ season 6 episode 11 air date, spoilers: Ghost is alive and here’s why Paz could be the mystery shooter 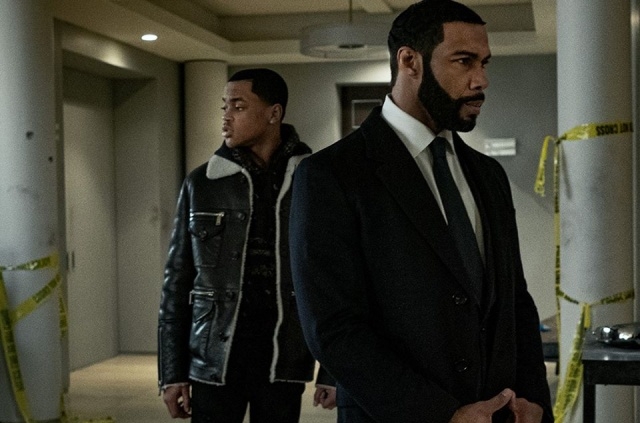 “Power” season 6 episode 11 is much awaited because the finale episode prior to the mid-season break showed James “Ghost” St. Patrick (Omari Hardwick) being shot. With that kind of ending, fans want to know if he survived and who is the shooter.

What to expect when the show returns after the midseason break

“Power” season 6 episode 11 will air with the title “Still DRE.” Viewers can expect this chapter to be intense as people have to deal with the fact that Ghost has been shot. Even his enemies will be disturbed and will wonder who embedded the bullet in their foe’s body.

Ghost’s enemies now include all of his closest pals and associates in the past and they are all suspects for shooting him. It is surprising that even his ex-wife Tasha and Tariq were also listed as possible culprits for trying to kill him because they each have a motive to do so. Aside from the mother and son, the other possible shooters are Tommy, Paz, Tate and Dre.

Now, the question is, did Ghost survived? Is he alive? Showrunner Courtney Kemp revealed a bit of spoiler for “Power” season 6 episode 11 and she suggested that he will live. In her interview with TV Line, she said that people have to deal with the aftermath of Ghost’s shooting and emphasized that no one saw Ghost die and she is clearly saying that he is alive.

“He got shot. I didn’t see him die,” the showrunner said when asked about what happened to Ghost. “Did you see him die? You did not.”

Who is the shooter?

The next question is who shot the lead character and as mentioned above people close to him are the suspects. However, Express reported that while there is a list of people who could have done it, Paz (Elizabeth Rodriguez) is more likely the shooter and this is because she is the sister of Ghost’s old flame, Angela Valdes (Lela Loren).

From the start, Paz has been trying to warn her sister about St. Patrick and asked her not to get involved with him but Angela fell in love with him. Paz has a reason to shoot Ghost because she believed that it was Ghost who shot her sister and he confronted him about this. As an act of revenge, there is a possibility that she could be the one who shot her sister’s former lover.

“Power” season 6 episode 11 is set to air on Jan. 5, 2020. This is the second half of the finale and four more episodes are to be expected before the series ends.