Poor vision: Do drivers always see what is happening on the road? 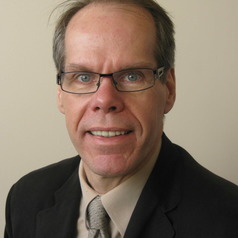 A recent tragic pile-up on a major highway near Montreal has spurred the Québec government into action — to find the best ways to improve roads and prevent such disasters from happening again.

However, this investigation into the crashes on Highway 440 which left four people dead did not mention the main tool for safe driving — vision.

The Cochrane Institute published an analysis in 2014 indicating that vision is the most important source of information on which to assess driving. Poor vision of drivers is one of the causes of many accidents.

The potential causes of vision impairment are well known: cataracts, macular degeneration, diabetic retinopathy, glaucoma and corneal scars, to name a few. In addition, there are binocular vision problems (visual coordination) that can lead to unstable, double vision, lack of third dimensional perception and delayed reaction to an unexpected event, such as a child appearing in front of the car.

Finally, refractive errors are also very present. Uncorrected hyperopia (farsightedness) can lead to drowsiness while driving. A myopic and/or astigmatic person who does not wear his glasses while driving — it often happens, believe it or not — does not see well into the distance, at least not to a safe distance allowing him to anticipate incidents.

Although the incidence of visual pathologies and problems increases with age, some of them also impact younger drivers. More than 200,000 Québecers are affected by a combination of all types of eye problems. That suggests that each time you venture onto the road, you are likely to encounter a driver who is affected by an eye or visual impairment that puts his or her driving at risk.

In addition to visual acuity, other elements of visual function contribute to safe driving. For example, the visual function includes an intrinsic element of perception. That allows you to grasp a scene that takes place in front of your eyes with the best possible clarity, your eye movements allowing you to appreciate the dynamics of the scene. The study of visual function — and not just visual acuity — is therefore essential to reducing the number of accidents.

Mosty eye problems or abnormalities of oculo-visual function are asymptomatic and are only detected during a complete examination by an optometrist. This is particularly the case with diabetic retinopathy or ocular lesions, already present in 25 per cent of patients at the time of diagnosis.

While science confirms the importance of vision to safe driving, regulatory agencies treat this element negligently. They only require often inappropriate or late checks on the visual condition of drivers.

For example, the screening test conducted in the service centres of the Société de l'assurance automobile du Québec (the Québec auto insurance board) when a temporary permit is issued is very brief and neglects fundamental aspects of eye health. The SAAQ requires more comprehensive tests much later for the majority of drivers.

In the case of private vehicles (classes 5 and 6), the examination is required at age 75 and then from age 80, every two years. For commercial vehicles (classes 1 to 4), if driving involves a presence in the United States, an examination is required every five years until age 45, then every three years from age 45 to 65. However, if the driver lives in the rest of Canada, his or her examination is generally only required at age 45, then every five years from age 55 to 65 and every two years thereafter.

The provinces, which follow National Safety Code standards and the Canadian Council of Motor Transport Administrators Medical Standards for Drivers, also add other conditions in certain circumstances as well. For example, Ontario and Alberta require vision testing when a driver requests a change in the classification of their licence. Ontario also requires vision testing when a licence has been expired for more than a year or when an optometrist advises of any issues with a driver’s vision.

There is no reason for such varying standards. The risk is the same everywhere. Although periodic inspection of drivers from the age of 45 is happening, it would seem more important to carry out a full assessment of everyone when they apply for a licence.

The Order also proposed that assessment tests conducted at the time of obtaining a driver’s licence should not be limited but should cover the detection of abnormalities in refraction, visual field, binocular vision and screening for eye diseases that may influence driving.

These recommendations, which have not yet been adopted by the authorities, are scientifically justified. They are also full of common sense, insofar as we must be concerned about the safety of road users and in order to improve the driving record in Quebec.

By recognizing vision as a key element of safe driving, policy makers and public agencies would make a significant contribution to improving road conditions across the country.

Drivers themselves must be proactive by consulting their eye-care professional on a regular basis. They must comply with their recommendations. They must also adequately treat any ocular or visual condition that could lead to sight loss or dysfunction of visual perception.