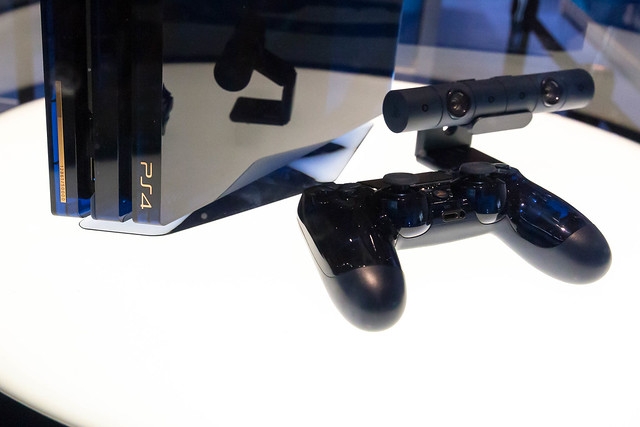 PS4 Pro | Photo by Marco Verch (licensed under CC BY 2.0 [https://creativecommons.org/licenses/by/2.0/]) via Flickr.com

In the coming months, gaming fans are going to witness another intense console battle between Microsoft and Sony. The companies are highly anticipated to unveil their next-generation consoles, namely Xbox Scarlett and PlayStation 5, in the near future. However, it is now being reported that the latter could end up being the more powerful rig.

Microsoft currently holds the title of “the most powerful console” since it released the Xbox One X which boasts its ability to run games on native 4K. However, rumors coming from reputable sources (via ComicBook) suggest that Sony is playing to take that title for itself with the launch of PlayStation 5.

At this point, Sony has already acknowledged it is developing PlayStation 5. In fact, the company has confirmed that the upcoming console will be powered by custom components made by AMD including eight-core processors designed after its hit Ryzen lineup. Sony also announced that PlayStation 5 would have a custom AMD Navi GPU.

However, the above-mentioned technical specs do not really draw a clear line of difference between PlayStation 5 and Xbox Scarlett. The latter is expected to sport the practically the same specs. But a telling comparison is coming from video game developers who have been given dev kits for both next-gen consoles.

Last week, Game Informer’s Andrew Reiner tweeted, “Rumors before the show say the PS5 is more powerful than Project Scarlett, but we’ll see.” But many fans in the replies thread argued that the library of AAA games would be a much bigger factor to consider.

Rumors before the show say the PS5 is more powerful than Project Scarlett, but we’ll see.

On that account, Sony is doing pretty well, too. It was already announced that the much-awaited PS4-exclusive title “Death Stranding” will be out on Nov. 8. Though still unconfirmed, it would not be surprising if Kojima Productions later announces the game to be playable on PlayStation 5 as well.

An information leak previously indicated that Sony is negotiating with Rockstar Games to make “GTA 6” initially exclusive to PlayStation 5. The same source eyes a 2020 release date for the console and the game.

Rockstar has never said anything definitive about “GTA 6” yet, but Sony’s previous statements make a 2020 launch for PlayStation 5 very plausible. Meanwhile, games like “Ghost of Tsushima,” the sequel of “Horizon Zero Dawn,” and “The Last of Us Part 2” are most probably going to be part of the PlayStation 5 library.