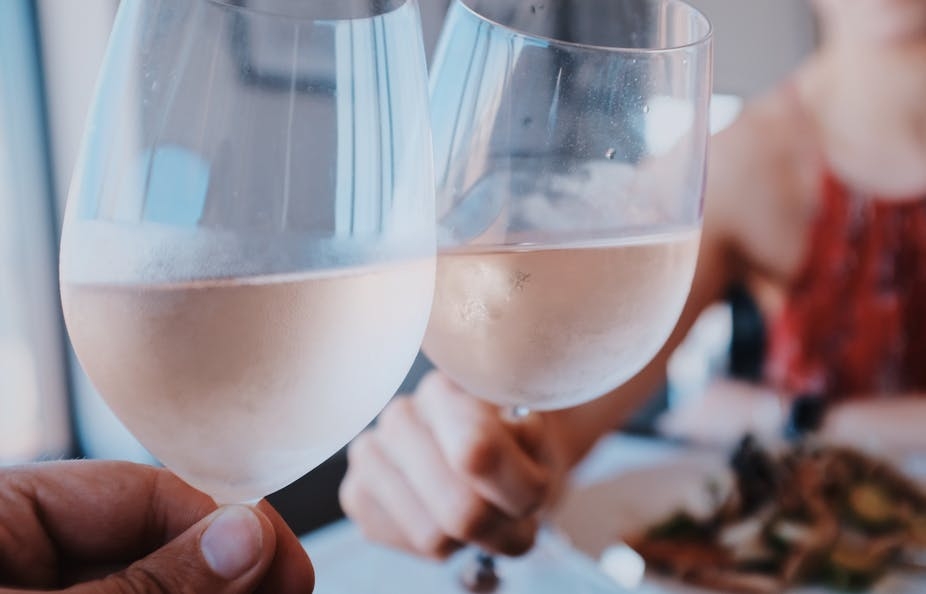 Rosé has become one of the millenials' favorite drinks in just a few years. Why? Vincenzo Landino/Unsplash 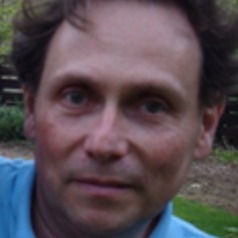 Every July in New York City, thousands of partygoers gather on the lawns of Randall’s Island Park for a huge “Pinknic”. A regular event since 2016, the two-day festival brings together foodies, musicians, chefs and more, all dedicated to celebrating the summer with a fresh glass of rosé wine in hand. “Save water, drink rosé”, banners read, and the participants do. This year it kicks off on Friday, July 19.

Not just a New York phenomenon, rosé has found admirers across the United States, and it’s official: The second Saturday in June is National Rosé Day. Once an afternoon afterthought, rosé has become a red-white-and-blue favorite: In just a few years, Americans have become the second-largest consumers of rosé in the world – after the French.

In 2017 alone, rosé sales in the United States jumped 53% and the trend continues, partly driven by millennials.

One power couple that was way ahead of the curve was Brad Pitt and Angelina Jolie. While they’ve since divorced, in 2011 the two rosé lovers found common cause and bought the Domaine Miraval in France’s Var region. They continue to jointly own the chateau and vineyard, which produces 2 million bottles of rosé a year, and it’s anything but plonk. At a June 2019 charity auction in Nice, a magnum of Muse de Miraval was snapped up for 2,600 euros (2,960 dollars), a record. 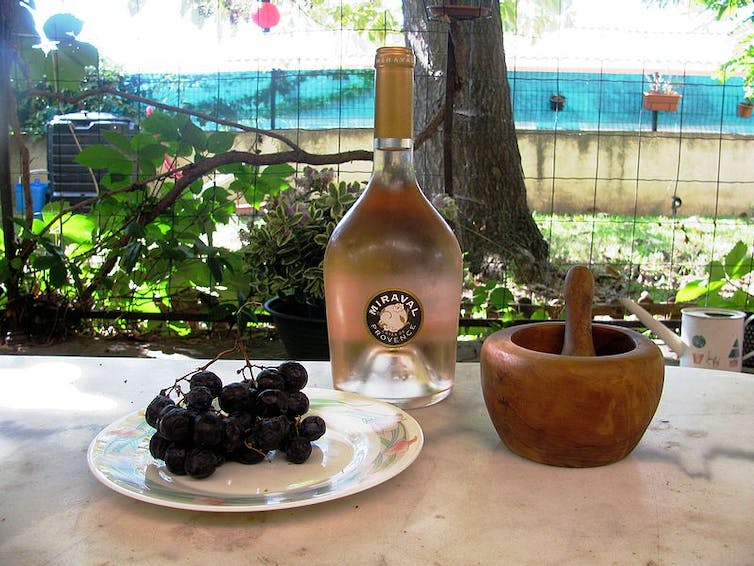 How can this global success be explained, and what does the sudden passion for rosé reveal?

Once upon a time, rosé wine was regarded as second-rate, and not even worthy of the interest of oenologists. Even as late as the 1980s, it still wasn’t considered a “serious” wine. This is a consequence of its modest origins, and a series of cultural contributions and transitions.

In antiquity, the Phoenicians brought techniques for making a light-bodied wine to Marseilles. Under the Roman Empire, it was known as vinum clarum (clear wine) in Latin, and spread to Bordeaux, then as now a major wine-growing region. After the 1152 marriage of Eleanor of Aquitaine to Henry Plantagenet, the Duke of Normandy and future King Henry II, Bordeaux wine began to flow north to England. Initially called clairet, it became known as claret and scored its first international success, becoming the most consumed wine in Britain until the 19th century. But while rosé was certainly popular, the pedigree wasn’t there – it was a drinking wine above all.

Another reason that rosé may have had a hard time getting respect is that it never received the monastic imprimatur, authorization given by the Catholic Church, nor were they ever “consecrated” to serve as sacramental wine. They’re therefore absent from the liturgy and the Eucharist. Indeed, sacramental wine is traditionally red, by analogy with the blood of Christ. The Church saw vinum clarum as a profane wine, and its consumption was not imbued with Christian symbolism, nor attached to any table ceremony.

Rosé thus became a popular beverage, almost pagan, and acquired values in opposition to those of red and white wine, which were associated with the nobility and clergy. In the 17th century, when Louis Le Nain painted Peasant Meal (1642), the characters in the painting conspicuously drank a glass of “clear wine” or rosé. 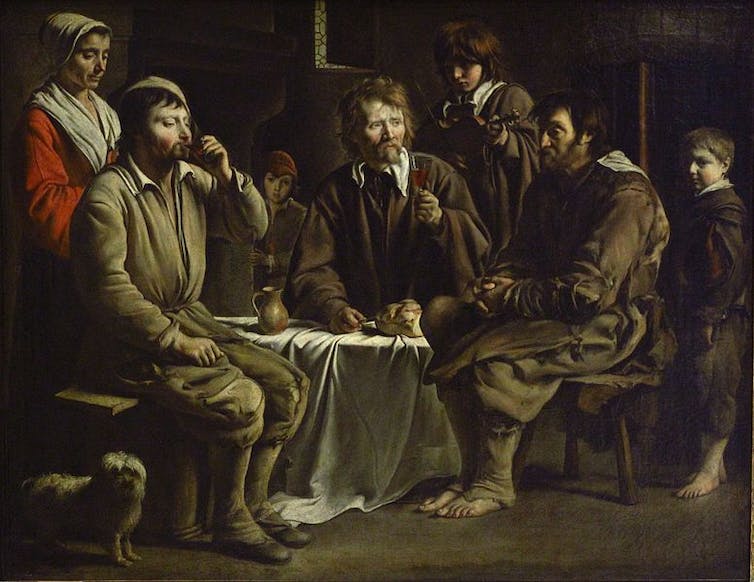 Peasant Meal, Louis Le Nain (1642). A glass of rosé wine is at the center of the image. Wikimedia

The “codes” of rosé wine

How rosé wine is perceived and enjoyed today is, in a sense, a direct result of this long and ever so slightly disreputable history. Rosé celebrates youth, the present, the joy of the moment. Despite the high prices that some bottles can fetch, it’s anything but snobbish. Rosé is free from tradition and can be enjoyed cool or cold, with or without ice. By comparison, red wine is traditionally decanted and allowed to breath and warm up slowly to room temperature (unless you’re Diane Keaton, of course).

The codes of rosé and red wine. Author provided

Because rosé breaks free from the traditional codes of French wine, it delights millennials all over the world. Rosé can be enjoyed during meals or not, at home or outside, at a picnic or in a café. It can be mixed into cocktails, with or without alcohol. It has jumped out of the traditional glass bottle and can be packaged in all forms – even a soda can. Hello Kitty, the Japanese pop-culture icon, has teamed up with an Italian winery to create a sparkling rosé, Château Kitty.

If rosé were software, it would be open source. Each person or each culture can appropriate and transform it in his or her own way.

More than a color, pink is an emotion

The success of rosé wine owes much to its light rosy tone. In French, the term for pink is rose, which refers to both a color and the flower – the Latin rosa. The use of the word rose to designate a color is recent: the dictionary of the Académie Française ignored it completely until its 1835 edition.

In French, the color now referred to as rose was once known as incarnat, from the Latin word for flesh. It’s the color of health, fresh cheeks blushing under the effect of emotion. It referred to a range of tones on the spectrum between pink and reddish-orange. 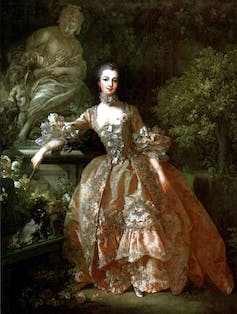 In paintings of the late Middle Ages, the color pink is associated with specific themes – the fountain of life or of youth and of paradise. In the 18th century, it came to refer to the sensitive, the inner, to the “feeling of self” and to the body. Intimate emotions, the happiness of being and a certain form of naturalness were painted in pink.

The 1759 portrait of Madame de Pompadour by François Boucher is one of the most beautiful examples, richly embodying all of these themes.

The pink we see today has taken up these historical meanings and aligned them with the values of the millennials: It embodies spontaneity, freshness, insouciance, individual freedom. It signals the importance of emotions, well-being and health. This is made explicit by one of the terms for rosé, blush wine – to become red/pink with emotion.

Today rosé wine is surfing on this wave of pink. Nothing escapes it: food, fashion, design, cosmetics, even politics. Rosé wine, “ruby chocolate”, pink salt from the Himalayas…

In October 2016, the site Fashionista featured an article titled: “61 reasons why you will probably, definitely wear pink next spring”. They were right on the money, as Gucci, Balenciaga and Calvin Klein all dedicated their spring-summer 2017 collections to the color. 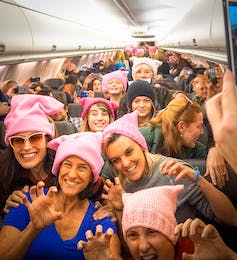 Women proudly wear pussyhats on a flight to demonstrate in Washington, DC (2017). Ted Eytan/Wikimedia, CC BY

There’s even a new pink, millennial pink – neither male nor female, it’s gender fluid. It’s also an affirmative, self-assertive color, as embodied during the 2017 Women’s March protests that took place across the United States in response to the election of Donald Trump.

American artist and singer Janelle Monáe, muse of millennials, sees pink as a source of life, the origin of the world and its future. The video and lyrics of her song “Pynk”, from the album Dirty Computer (2018), express the sensitivity of our time on the themes of incarnate pink: paradise, emotion, interiority…

Pink like the paradise found
Pink when you’re blushing inside, baby
Pink is the truth you can’t hide, maybe…
… Pink like the skin that’s under, baby

When the album was released, a cocktail called “Pynk” was created in Los Angeles. The recipe: rosé, Aperol, gin and grapefruit juice – a perfect way to celebrate summer.

This article was translated from the original French by Leighton Walter Kille.