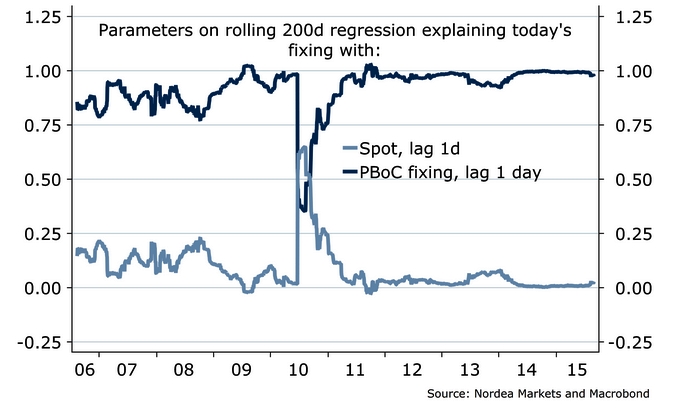 The PBoC also set today's USD/CNY fixing lower than yesterday's fixing for the third consecutive day. The combination of new rules and a lower fixing is seen as a signal that Beijing is not likely to let its currency weaken in the near term unless the economy continues to disappoint.

Instead, the mid-August devaluations are seen as an attempt to convince the IMF to get the renminbi included in the IMF's SDR basket. In order for that to happen, the IMF wants Beijing to allow more exchange rate flexibility and a bigger role for market forces in setting the fixing.
It could seem that Beijing with one hand did change its currency regime on the 11 August to allow more market influence, but with the other hand increased its control on the markets by intervening heavily and coming up with new rules to limit speculation in a weaker CNY in forward markets.