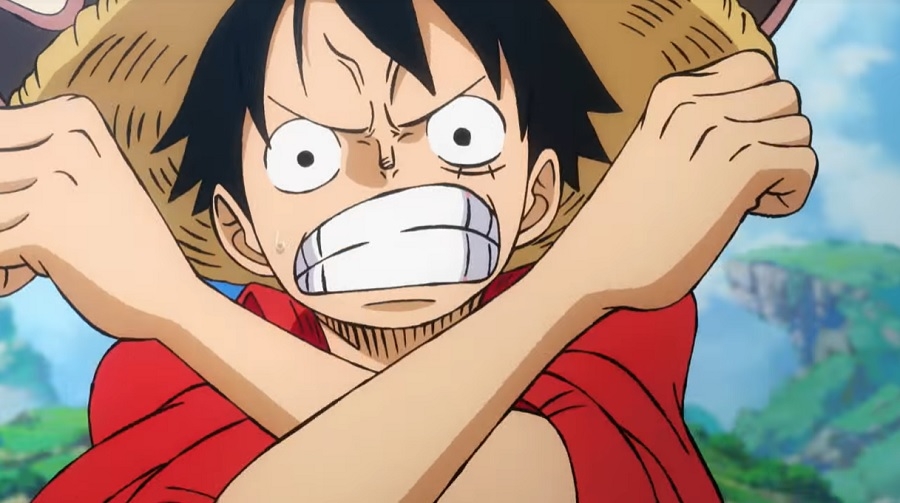 Screenshot from the “One Piece: Stampede” official trailer. | Photo by One Piece official channel/YouTube

The upcoming episodes in the “One Piece” anime series are going to be filler installments to prepare fans for the “One Piece: Stampede” movie. However, these are not going to be boring ones because viewers can expect an action-packed series of fights starting on “One Piece” episode 895 with Luffy and Hancock against the bounty hunter Cidre.

‘One Piece’ episode 895 spoilers: Who is Cidre?

Fans are so far enjoying the anime adaptation of the Wano arc. However, they will be taking a break for a couple of weeks to give way to filler episodes that would tie into the upcoming movie. The side stories open in “One Piece” episode 895 that will introduce some new characters including Cidre, described in the preview as the strongest bounty hunter.

Cidre will debut in “One Piece” episode 895 so more details about him will be revealed once it is released. His bounty hunting career obviously goes against Monkey D. Luffy and Boa Hancock, who are some of the most prominent pirates of their generation. It has been a while since fans saw Hancock, but she has 80 million berries over her head while Luffy’s bounty is currently at 1.5 billion berries making them important targets.

Luffy and Hancock will likely fight alongside their pirate crews while Cidre also has his band of bounty hunters to appear in “One Piece” episode 895. The introduction of new characters is another interesting aspect of the upcoming filler arc. Fans looking forward to seeing “One Piece: Stampede” should take note because some of them could be major players in the upcoming movie.

Cidre is an antagonist in “One Piece” episode 895, but he is also described to be an enemy of Douglas Bullet, who is going to be the main villain in “One Piece: Stampede.” This means that aside from the actions, fans should be looking forward to another well-written plot.

“One Piece: Stampede” is a special movie to celebrate the anime series’ 20th anniversary that will revolve around the Pirates Fest. Some of the best characters will be gathered and will be challenged to hunt down treasures hidden by the Pirate King, Gol D. Roger. The movie will premiere in Japan on Aug. 9 while “One Piece” episode 895 will be released on Sunday, July 28.