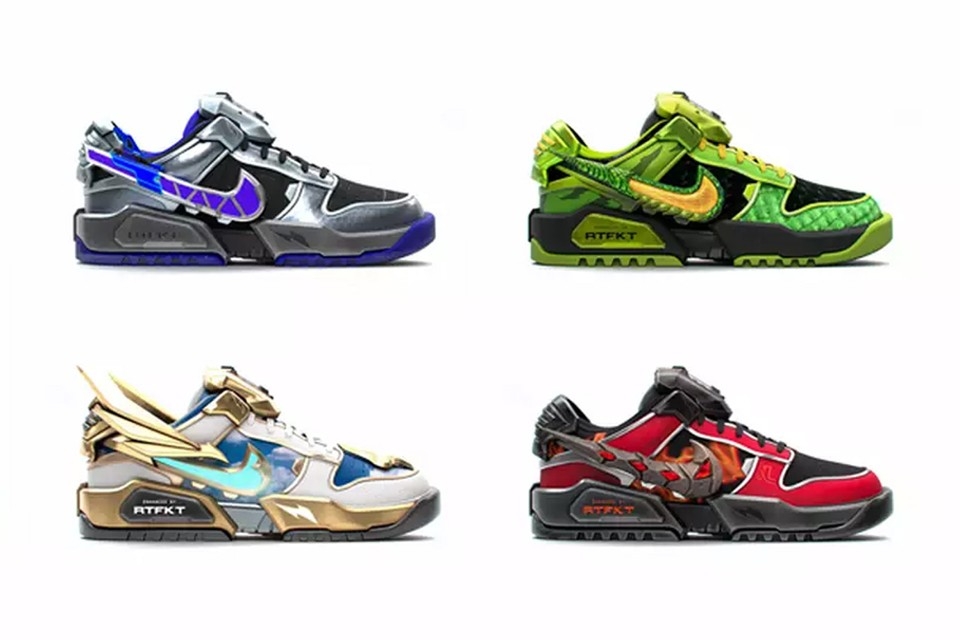 The Nike Cryptokick is a digital version of the Nike Dunk sneaker, and it signals the brand's long-awaited entry into the digital clothing market.

The Nike Cryptokick is a digital version of the Nike Dunk sneaker, and it signals the brand's long-awaited entry into the digital clothing market.

People who own Rtfkt's Mnlth, a mystery digital box NFT that was airdropped for free to anyone who had a Clone-X in February, can get the sneakers. People could choose to sell or keep their Mnlth NFTs.

Those that hung on have been rewarded: they can now burn their existing Mnlths in return for a Mnlth with a Cryptokick.

Although the evolution mode isn't yet activated, the company will offer eight Rtfkt-made evolutionary "skins" to start, which allow people to customize the sneakers with various looks and designs, similar to a video-game skill tree, says co-founder Benoit Pagotto, who worked in luxury fashion before founding Rtfkt.

Rtfkt intends to make skins available to developers and partners. Murakami designed one of the skins for the launch.

In December, Nike paid an unknown price for two-year-old Rtfkt, bringing on a small team and a huge NFT fan base.